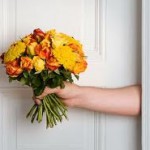 One of the anxiety disorders classified in the DSM-IV-TR is Social Phobia. This can be more deleterious than, say a snake phobia—a social phobia can cause withdrawal from so many important events in one’s life. Social phobia can include fear and avoidance of social situations because of fear of scrutiny and judgment. The person recognizes […] 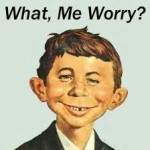 What Freud called “free floating anxiety” is now known in the DSM-IV TR as Generalized Anxiety Disorder. It’s excessive worry that can’t be controlled by the person who is experiencing it. Symptoms may include restlessness, fatigue, difficulty concentrating, irritability, tension, and sleep disturbances; when several of these reach the point of interfering with an important […] 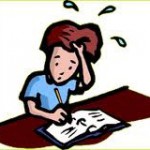 Many people still have the idea that psychological testing is mostly practiced in clinics and hospitals, and have images of psychologists sitting with clipboards giving Rorschach Inkblot tests and intelligence tests. In actuality, most psychological testing is now done in schools, and it has a preventive function: to identify mental retardation, learning disabilities, emotional disorders, […]

The American Psychological Association has announced, in the January 2012 issue of American Psychologist, “Guidelines for Assessment of and Intervention With Persons of Disabilities.” This document lists twenty-two practice-guidelines for psychologists who work with persons displaying disabilities of various kinds. The task force for this report was chaired by Kurt F. Geisinger of the University […] 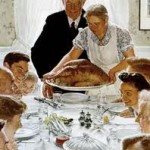 Benefits of Forgiveness and Gratitude

Lynne Shallcross, writing in the January 2012 issue of Counseling Today (a journal of the American Counseling Association), reports on research from the Stanford Forgiveness Project that shows that learning to forgive others lessens the amount of hurt, anger, and depression that people experience. She notes the work of Frederick Luskin, a director of the […]

The Power of Quiet

Susan Cain, a corporate lawyer, has just published a book Quiet: The Power of Introverts in a World That Won’t Stop Talking. She writes: “Imagine a two-year-old who greets you with a huge smile, offering a toy. Now here’s another child who regards you gravely and hides behind his parent’s leg. How do you feel […]

Elaine Aron pioneered new ground over a decade ago when she wrote the trade book The Highly Sensitive Person; this was followed up by a workbook, a book on parenting children who are highly sensitive, and even a primer for therapists. Highly Sensitive Persons (HSP), in her view (which incorporates findings from important developmental psychologists […]

Finally Hollywood has discovered a good man with the right stuff to play the part of an incredibly loving father who happens to be a graduate of the Bronx High School of Science, loves baseball, and who has just a enough of Asperger’s syndrome qualities (a mere scent) to bond closely with his nine-year-old, a […] 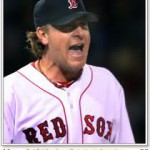 Many remember Curt Schilling for his postseason successes with the Boston Red Sox, including one in which he pitched while in pain and with a bloodied sock. Schilling recently announced that he has formed his own video-game company, which will be releasing a fantasy-oriented game for gamers. The story behind the story here is that […] 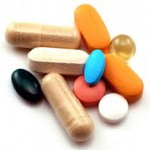 From the Poughkeepsie Journal, January 12, 2012: “ALBANY. A federal report finds the Cuomo administration and previous administrations ran a system to care for the developmentally disabled that not only failed patients and had an alarming number of unexplained deaths, but also excluded public review and ideas that could have protected patients better. “The Department […] 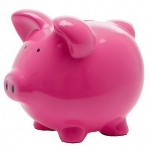 Ann Carrns, writing in the January 11, 2012, New York Times, notes a new financial tool, one geared for families with individuals who have special needs: “Families with children who have special needs or disabilities face even bigger hurdles than most people when it comes to planning for their financial futures. Merrill Lynch Wealth Management […]

William, Like you I am getting ready to ring in the new year with family and friends. For me that means a night with my heroes: my sister Jessie who lives with Bipolar Disorder and my wonderful nephew Calen who lives with Schizoaffective Disorder. They have become fearless advocates for people living with mental illness, […]

Alcohol, cocaine, hallucinogens, marijuana, and opiates have had a varied and ambiguous legal and political history prior to the 21st century, and these substances will continue to need study, examination, policy, and law-making into the 21st century and beyond. Dwight Vick and Elizabeth Rhoades have written Drugs and Alcohol in the 21st Century: Theory, Behavior, […]

During the past two weeks heart-wrenching tragedies have occurred. One was the killing of a policeman on duty in New York City. His death left four daughters behind. Another was a fire that killed five people on tony Shippan Point in Stamford, Connecticut. In the first case, over 20,000 police officers attended the funeral and […]

The December 22, 2011, edition of the New York Times brings out another article on the problems and abuses in New York State public groups homes where developmentally disabled persons reside. It is important to note that the focus of the NYT articles has been on “public” rather than private group homes. Many of the […]

Here is a letter I received from Jesse Close: Dear William: Share your story with Bring Change 2 Mind. I was 47 by the time I was properly diagnosed with bipolar disorder. For most of my life, my illness went undiagnosed and untreated. Life is much better now. A proper diagnosis and treatment helped tremendously, […]

Among the millions of Facebook responses generated each day, some are posted by persons who display varying degrees of suicide potential and risk. In an attempt to deal with this constructively, Facebook (according to an article in the December 10, 2001, Boston Globe) will begin a service in which Facebook users can let Facebook know […] 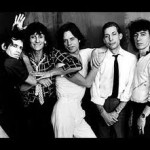 In most cases psychiatric drugs are not valuable commodities on the street: antipsychotics and antidepressants with names such as Thorazine, Haldol, Resperidal, Tofranil, SSRIs, Wellbutrin, Abilify, Lithium, and others generally must build up a therapeutic dosage in the bloodstream to become effective. There is no immediate “rush” or feeling of euphoria. In acute-psychiatric illness, a […]

Hudson River Psychiatric Center was a massive development built in the 19th century in Poughkeepsie, New York. The solid-brick buildings, many with iron window bars to prevent escapes, formed a city unto itslef, with capacity being over 5,000 patients who required hospitalization from illnesses we now term schizophrenia, bipolar disorder, psychotic depression, late-stage alcohol and […] 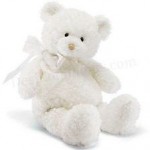 What are mental bears? A person who is asked NOT to think aloud about a white bear will more often than not mention this same white bear: at least once a minute. So “white bears” have come to mean all sorts of unwanted thoughts that cause annoyance to even extreme frustration to those who experience […]

For the past several months, the New York Times has been running a series of articles on people who experience severe psychiatric illness; and who, by dint of their own motivation, creativity, and resilience, are able to lead productive lives despite the ongoing burden. On November 27, 2011, the front-cover story features Mr. Milt Greek, […]

It is a great service to the public when prominent people share their struggles with psychological conditions like depression. This often gives others the courage to seek treatment and acknowledge their need for help. Dick Cavett’s biography in Wikipedia notes: “Cavett has openly discussed his bouts with clinical depression, an illness that first affected him […] 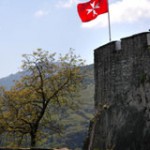 Order of Malta Meets in NYC

This past week the Order of Malta (Sovereign Military Order of St. John of Jerusalem of Rhodes and of Malta) met in New York City. This is a lay religious order of the Roman Catholic Church whose members are dedicated to serving the poor and the sick. They represent a 900-year-old history of helping the […] 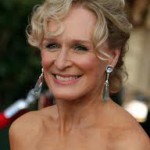 Glenn Close has requested that we make you aware of this important television program which will be aired on Friday November 4, 2011: Dear William: I want to share with you the exciting news that Bring Change 2 Mind will be featured on tomorrow’s episode of Extreme Makeover: Home Edition. I had the honor and […]

Still More on the DSM Discussion

From the 14th edition of Abnormal Psychology by James N. Butcher, Susan Mineka, and Jill M. Hooley (Boston: Allyn and Bacon): “The concept of mental disorder, as we have seen, suffers from the lack of a truly objective means of what is disordered and what is not. It is also in the financial interests of […] 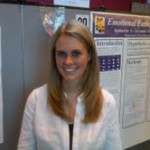 On Friday, October 28, 2011, AMHF attended the 17th Annual Meeting of the Northeast Conference for Teachers of Psychology. This is a group of psychologists, who teach in colleges and universities, dedicated to improving their teaching of undergraduates and graduates. Participants of the group come from a wide range of specialties and interests including developmental, […]

I wanted to continue the discussion points Evander Lomke recently raised (following an article published by University of Toronto) regarding what may be a plethora of new categories of pathology in the upcoming DSM V. It would appear that the psychiatric profession indeed is creating labels of “sickness” for many of the woes of everyday […]