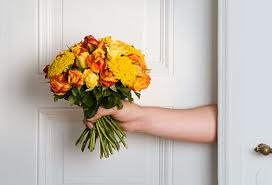 One of the anxiety disorders classified in the DSM-IV-TR is Social Phobia. This can be more deleterious than, say a snake phobia—a social phobia can cause withdrawal from so many important events in one’s life. Social phobia can include fear and avoidance of social situations because of fear of scrutiny and judgment. The person recognizes the irrational component and situations which are not stressful for most other people become imbued with anxiety and endured.

Social phobias may emerge from a person’s having a history of being criticized excessively. For example, one study reported that 92 percent of persons with social phobias reported a history of severe teasing in childhood. Another study reported that 96 percent recalled being criticized for anxious reactions such as blushing. A common feature of situations evoking social anxiety, past and present, is feeling that one is in a situation of uncontrollability or inescapability.

Aaron Beck noted that when people expect—ahead of time—to be rejected. He called these “danger schemas.” For example, a person with this kind of thinking my see people smiling, and think that he or she is being made fun of, when the individuals observed are simply enjoying life.

For Freud, all of these symptoms and errors of thought came under the rubric of neurosis. The DSM-IV-TR has further analyzed human misery. Treatment can include individual therapies including cognitive therapy or medications such as Monoamine Oxidase Inhibitors (MAOs) or Selective Serotonin Reuptake Inhibitors (SSRIs).