About the American Mental Health Foundation

Since October 1924 (the October 27, 1924, issue of Time magazine hailed Sigmund Freud on its cover that very month: Time itself was started in 1923 by philanthropist Henry Luce and Briton Hadden (at first to be named “Fact” magazine), The American Mental Health Foundation (AMHF) has endeavored to advocate for and to advance mental health and well-being in society. As a research organization, it is dedicated to the welfare of people suffering from emotional problems and mental illness, with a particular concern for individuals of all ages with special needs as well as elders. The Foundation advocates improving the quality of treatment, developing more effective methods of research, and making professional treatment available to lower-wage individuals. To this end, AMHF conducts research, organizes educational seminars and Webinars (for CEU with APT, NASW, and NBCC), and publishes books, some available free on the website. Purchase of any AMHF title supports the mission of The American Mental Health Foundation.

The American Mental Health Foundation (AMHF) is an association of distinguished international researchers, scientists, psychiatrists, psychologists, and educators dedicated to understanding and promoting treatments for improved mental health—a major challenge of the 21st century. AMHF focuses on the welfare of people suffering from emotional problems, with a particular concern for at-risk youth, individuals of any age with special needs, and elders. 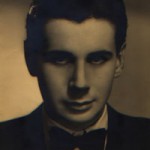 “There are three basic factors in daily existence that are utterly incomprehensible to us: time, because it is eternal; space, because it is infinite; and our consciousness, because it defies all explanation.”—Dr. Stefan de Schill, whose life and work are celebrated in 2022, a year of healing, the 105th anniversary year of his birth

2022 AMHF Board of Directors and Executives

To learn more about the history of AMHF, click here.

From June 1, 2018, to December 31, 2019, The American Mental Health Foundation was recognized as an accredited charity by the Better Business Bureau (BBB). Fiscal-and-governance transparency in support of the Mission (see above) continue as this organization had under the BBB. The Donate page of this site lists (scroll down) the latest federal and New York State Charities Bureau filings.