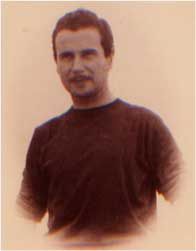 For more on AMHF, see About.

The 98-year history of The American Mental Health Foundation may almost be said to parallel the evolving profession of psychology and psychiatry itself; and it is largely connected to Dr. Stefan de Schill, who devoted his life campaigning for improved methods of mental-health training and treatment. De Schill was an international pioneer in the field of group psychotherapy, by which the patient could benefit from the group dynamic as well as from the goal of more affordable treatment.

This year, 2022, is the 17th anniversary of Dr. de Schill’s death (February 9). His work lives in the publishing program and in the ongoing work of this foundation, which Dr. de Schil treasured.

A Viennese baron, born Stefan Sarkozi de Somogyi-Schill, de Schill was the author and editor of several landmark books based on AMHF research, including Crucial Choices—Crucial Changes: The Resurrection of Psychotherapy; The Challenge for Group Psychotherapy; and The Challenge to Psychoanalysis and Psychotherapy. The latter two-named books are available free of charge by clicking here.

The magnum opus Crucial Choices—Crucial Changes is available from Amazon as a Kindle edition or in a specially priced print format.

De Schill’s father, a high-powered financier, headed a family of unknown size that was at odds with the Nazis. Among his father’s banking clients were members of the Austrian government in resistance. At considerable risk, the Somogyi-Schill family also donated to the fight against the Nazi government in Germany. Later, among the younger men at the time, de Schill volunteered for the anti-Nazi militia. As an assistant to Austrian Vice Chancellor Major Fey, de Schill suffered beatings at the hands of Nazi thugs. He and his family ultimately had to go into hiding or be killed.

Professionally, de Schill studied early under Dr. Otto Kauders of the Psychiatric-Neurological University Clinic of Vienna, and later studied under him at the Université de Paris (metonymically known as the Sorbonne). (Kauders would be instrumental in the introduction of LSD within the U.S., strictly for purposes of psychiatric study: It was groundbreaking-observational research.) Following the Austrian Anschluss and then Paris, de Schill fled to further his work in Brazil, from 1940 to 1947, as a clinical psychologist and psychoanalyst. He also worked as a professor at The Catholic University and The Federal University of Brazil (as it was known at the time), Rio de Janeiro.

Ca. 1943 Hermann Broch then of Princeton University, who had been helped out of Austria in large part through the late-life efforts of James Joyce (who claimed general disinterest in the works of Jung and Freud [“when I was yung and easily freudened” is Joyce’s telling pun, from Finnegans Wake] but nevertheless admired the psychological avant-gardism of Broch’s Die Schlafwandler [The Sleepwalkers]) and was chairman of this foundation at the time, formed a committee to search for a suitable professional to undertake its mission: enlightened and ever-improved psychotherapeutic services. This candidate not only had to be capable of generating valuable ideas for the advancement of psychotherapy in an academic way, but also had to have shown considerable concern for patient welfare. Many were interviewed. But it was not till 1947 that Dr. Kauders proposed de Schill to Broch and his directors.

With Broch’s mission in mind, Dr. de Schill immediately set to work, developing a comprehensive mental-health program on community, state, and national levels. Visiting the foundation in 1950, Dr. Kauders declared the program to be one of the most promising projects of its time. This work so impressed Richard Weil Jr., a pioneer in the field of mental health and president of the National Association for Mental Health, that in 1955 he resigned that position to become president of AMHF.

(Beginning in 1961, de Schill also served as vice president of the International Institute for Mental Health Research, Zurich and Geneva.)

From 1949 to 1959, de Schill and AMHF conducted a massive, groundbreaking study centered on and involving thousands of patients.

From 1950 to 1971, AMHF offered orientation session for people seeking psychotherapeutic assistance. Independently of that, AMHF sponsored a nonprofit-treatment and referral center for 30 years.

Over 80,000 copies of the Introduction to Extended, Intensive Group Psychotherapy (originally entitled Introduction to Psychoanalytic Group Psychotherapy) were sold in six successive editions. Eventually, a major volume entitled The Challenge for Group Psychotherapy: Present and Future, which advocated this treatment, was published in four languages (1970-74): German (Klett); French (Presses Universitaires de France, the first work on group psychotherapy to be published under the auspices of a major psychoanalytic society); English (International Universities Press); and Italian (Feltrinelli). Introduction to Extended, Intensive Group Psychotherapy is included in the introductory matter of The Challenge for Group Psychotherapy.
Dr. Otto Klineberg (d. 1992), former chairman of the Department of Social Psychology at Columbia University, former professor at the aforementioned Sorbonne, and honorary president of the World Federation for Mental Health, wrote: “I have known Dr. Stefan de Schill since 1945, and have now [had] been on the board of The American Mental Health Foundation for over forty years. I am encouraged by the dedication and accomplishments of this organization [and] I am confident about the most meaningful contribution the Foundation will make to the future of mental health.”

As a significant part of its history, please note: AMHF Books was established in fall 2009. As of 2022 this imprint has issued or reissued some 25 titles, with two exciting titles on the origin of language and preventing youth violence before it begins: the former published September 2021, the latter advance copies available February 2022. A few books are available for free, and in languages other than English, on its website. The link above, at the start of this paragraph, include all the works on group psychotherapy written or edited by Dr. Stefan de Schill.

Freud said, “I am not a Freudian.” What he meant is there will be unforeseen changes, for the better, to the field of psychology. This even as, in the words of W. H. Auden’s 1940 poetic tribute, by the time of Freud’s death he had become “a whole climate of opinion / Under whom we conduct our different lives.” Dr. de Schill was an essential part of this movement. It is in his honor that The American Mental Health Foundation strives toward 100 years of service (November 1, 2023) to individuals and to society.

From June 1, 2018, to December 31, 2019, The American Mental Health Foundation was recognized as an accredited charity by the Better Business Bureau. On reapplication, this standing was mutually reconsidered For Review in January 2020 running to spring (and perhaps beyond) 2022. Fiscal-and-governance transparency in support of the AMHF Mission continue. The Donate page of this site lists (scroll down) the latest federal and New York State Charities Bureau filings.

The distinguished authors in the series of books edited by de Schill categorized under the rubric The Search for the Future:

Chairmen (1924 to 2022…regarding 2019 to the present, rotating members of the Board of Directors fill the role of chairman on an interim basis: see below) 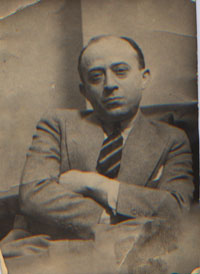 The Founding and Former Board of Governors

Other of Note in American Mental Health Foundation History to 2022… 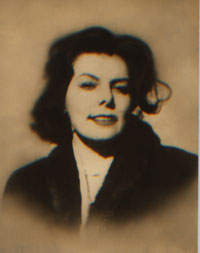 Denise LaHullier, AMHF Research Assistant, author, member of the board of directors, and longtime companion to Dr. Stefan De Schill

Author and group therapist, the late Denise LaHullier (1928-2006) was Coordinator of International Studies, AMHF. Born in France, she began life in ballet before AMHF became her life-work as a researcher and therapist in a group setting. She is a contributor to the AMHF publication The Challenge for Psychoanalysis and Psychotherapy and other works.

Dr. Otto Kauders, under whom Stefan de Schill studied, circa 1940

Dr. Kauders was a mentor to Stefan de Schill when de Schill studied at the Psychiatric-Neurological University Clinic of Vienna. Kauders is generally credited with introducing LSD in the U.S. as a drug treatment for schizophrenia. Not long before his death, circa 1949, as Dr. de Schill accepted appointment as director of research for AMHF, the Viennese doctor traveled to the United States in search of research funds. He gave a conference at the Boston Psychopathic Hospital, which is considered to be the first public discussion of LSD (or d-lysergic acid diethylamide) in North America. 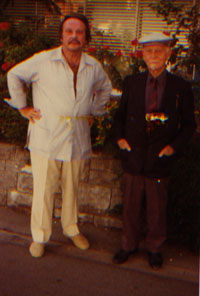 With his wide-ranging insights into the human psyche and its spiritual dimension, both from the Eastern and Western worldviews, Paul Brunton was a significant influence on the wider outlook of Stefan de Schill and, by extension, AMHF. Brunton was a British philosopher, mystic, traveler, and guru. He lived among yogis, mystics, and holy men, and studied a wide variety of Eastern and Western esoteric teachings. With his life dedicated to the inward and spiritual quest, Brunton believed that meditation is not exclusively for monks and hermits. 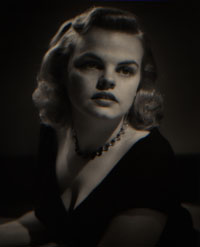 Madeleine Sherwood, star of stage and screen, and friend of the foundation

Madeleine Sherwood was a friend of AMHF, a keen supporter of the social aspects of mental health, and a star of stage (The Crucible, by Arthur Miller, opening-night cast), screen (Cat on a Hot Tin Roof and Sweet Bird of Youth), and television (“The Flying Nun”). Madeleine Sherwood died in her native Quebec either on April 22, or 23, 2016 (the second is the usually reported date).