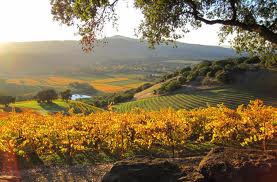 Monday is Martin Luther King Jr. Day. When I was in college (several years after Dr. King’s assassination), I took a bicycle trip down the East Coast. One of the stops was Washington, DC. There, I stood on the steps of the Lincoln memorial and had the same view King had when he gave his famous “I Have A Dream Speech.”

A lesser-known and eerily prescient speech was given by King the night before his assassination in Memphis. This speech, delivered on April 3, 1968, was given before a small-church group in that city: thus, a much more informal setting. King began on an extremely personal note:

“Thank you very kindly, my friends. As I listened to Ralph Abernathy in his eloquent and generous introduction and then thought about myself, I wondered who he was talking about. It’s always good to have your closest friend and associate say something good about you!

King highlighted the positive basis of the civil rights movement:

“We aren’t going to let any mace stop us. We are masters in our nonviolent movement in disarming police forces; they don’t know what to do.I’ve seen them so often. I remember in Birmingham, Alabama when we were in that majestic struggle there we would move out of the 16th Street Baptist Church day after day; by the hundreds we would move out. And Bull Connor would tell them to send the dogs forth and they did come; but we just went before the dogs singing, ‘Ain’t gonna let nobody turn me around.’ Bull Connor next would say, ‘Turn the fire hoses on.’ And as I said to you the other night, Bull Connor didn’t know history.”

Martin Luther King Jr. knew his biblical history. After the Exodus, God revealed the promised land to Moses, spread below him as he looked down on the mountaintop. Moses never lived to see the promised land, it was up to Joshua and others to carry out his message. King saw himself in a similar position:

“And then I got into Memphis. And some began to say the threats, or the talk about threats that were out. What would happen to me from some of our sick white brothers?

“Well, I don’t know what will happen now. We’ve got some difficult days ahead. But it won’t matter with me because I’ve been to the mountaintop. And I don’t mind. Like anybody, I would like to live a long life. Longevity has its place. But I’m not concerned about that now. I just want to do God’s will. And he’s allowed me to go up to the mountain. And I’ve looked over. And I’ve seen the promised land. I may not get there with you. But I want you to know tonight, that we, as a people will get to the promised land. And I’m happy, tonight. I’m not worried about anything. I’m not fearing any man. Mine eyes have seen the glory of the Lord.”