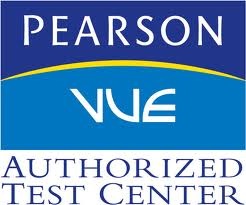 The major developer of tests of all kinds

More and more in our society, any kind of testing that compares people with each other is viewed negatively. Different kinds of testing: No Child Left Behind, End of Year testing, and Intelligence Testing are all types of testing that come under criticism. Here is a different spin on the kinds of tests given by psychologists. In all that follows, assume that “testing” is always linked with “assessment”—the skilled interpretation that takes other factors into account.

Testing helps to resolve real-life problems. Many psychologists work with people at important decision points in their lives: placing children in schools, consulting in medical situations, or advising in medical and clinical situations. Testing can provide more data than observation or interviewing alone.

Testing can discover strengths and weaknesses. Joseph Matarazzo, former President to the American Psychological Association, likened test-givers to athletic coaches in that helpful feedback—affirming strengths and developing strategies for weaknesses—can be given. Coaches, and testers, may even become cheerleaders at times.

Testing can serve both individuals and groups. In many situations, testing may be conducted to help an individual: a college student takes an alcohol screening test to see if drinking has progressed beyond “experimenting” and has become a problem; an MMPI may be given to a middle-aged man at repeated intervals to see if his depression is responding to medication.

Testing involves both science and art. The effectiveness of testing, of course, involves norms. But the effective application of psychological tests frequently depends on the experience and intelligence of the psychologist conducting the assessment.
Different psychologists have different styles; one may follow mathematical probabilities in a step by step manner. Some have called this the Betty Crocker approach. Others take a more individual approach, like the master chef Escoffier.

Testing has been shifting from clinics and hospitals toward schools. But will this continue? Intelligence testing developed a niche in schools in the early 20th century but soon other venues became places where testing was esteemed: the military, hospitals, clinics. With the passage of PL 94-142 in the mid-1970s, the need for regular evaluations for special education students mandated testing every three years. With passage of Obamacare (Patient Protection and Affordable Health Care Act, most elements of which were upheld by the Supreme Court), it will be interesting to see the role developed for testing.

Finally, testing is a professional activity that is guided by professional standards. Ethical codes in the American Psychological Association as well as the cross-disciplinary book “Standards for Educational and Psychological Testing” help ensure that testing is done for the good of the client.

Let’s hope that testing evolves with new technologies to perform even greater service to clients and society.