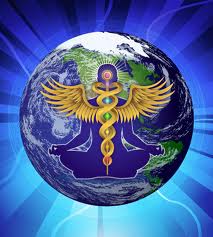 This month governors and the President are reflecting on what is going on in their respective territories. I thought this would be a good time to look at the state of the state of mental health and to offer my own reflections.

DSM V Will Be Issued

This year will inaugurate the new DSM V. This was created, as it were, by democratic committees within the American Psychiatric Association. Many applaud this manner of developing a classification of mental disorders. Who could be more qualified than the practitioners who work with these on a daily basis?

Yet there are nagging thoughts. This kind of classification is different in kind, from other sciences: Linnaeus, for example. Linnaean classification of organisms has lasted for two-plus centuries, with great inter-rater validity. Organisms in the biological kingdom can be given names. They exist.

But do mental disorders truly exist or are we trying to organize the incredibly complex spectrum of human behavior into too-few categories? The manner in which autism has been redefined is one example. There are persons whose problems fall in the range between schizophrenia and bipolar disorder/depression. We call these schizo-affective disorders. All of this implies a continuum of disorders—so what, in the brain, are we really describing? Maybe it will take centuries, not decades, to truly understand this.

Whatever this resolution, the prevention of schizophrenia and other psychotic disorders is important. In severe forms, these are among the most crippling psychiatric problems facing humanity, in all times and in all countries. Some researchers are prescribing anti-psychotic medication to teens deemed to be “at high risk” for schizophrenia. Obviously there can be ethical concerns here, particularly side effects, unknown effects of the administration of medicine on the growing brain, as well as false positives.

AMHF and Astor Services, as read elsewhere in this blog, are partnering in a non-medication preventive study. Astor has access to a large catchment area and will be able to discern a considerable number of teens at high risk. Interventions such as social skills training and family intervention will be administered to teens in the study, with much follow-up data. In some ways, this is taking the “primary prevention” model of early intervention in preschool children and applying it to another high-risk group.

The Newtown tragedy has been central in the media, and, the entire country over this past month. Two area of “systems change” involve gun control and more mental-health services. Yet it is sobering to read this week, in the New England Journal of Medicine, that many suicidal youth did indeed receive mental-health treatment before their acting-out.

There are no easy answers.

Important Trends in Licensing and Credentialing

The training and credentialing of mental-health practitioners are going in two different directions. On the one hand, psychiatry/psychopharmacololgy has shown increased effectiveness from decades ago. There are even subspecialties within this field, i.e., geriatric, substance abuse, depression, children and teens. (Still the country is crippled by the presence of only about 1,000 board-certified child psychiatrists.)

On the other hand, many states have encouraged the licensing of masters-level specialists in mental-health counseling, marriage and family counseling, and other areas such as psychoanalysis. Perhaps one reason for this is to decrease taxpayer cost for mental health services in state-run programs. Of course, there is a similar trend in medicine with the appearance of many physicians assistants and nurse practitioners.

Perhaps there will be greater cost effectiveness with these greater number of practitioners of different levels of training and skills? Many are not sure and suspect insurance/governments “case managers,” who often lack professional training, will make important decisions abut treatment. To some this may seem cost-effective, but when highly talented young people begin turning from the field because there are too many others looking over their shoulders and doing the equivalent of Monday-morning quarterbacking, the long-term results could be dispiriting.

What about the Children?

I am worried that systemic gains made in school systems since 1978 may be lost. Back then Public Law 94-142 mandated intensive testing every three years for special education students. School psychologists also attended every important meeting about a child. Now these requirements have vanished; school districts now have fewer school psychologists. Sadly, one can point this out–but what can one do in a recession when many families have a hard time paying their school taxes?

Perhaps my thoughts have veered to areas of problems; if so, this is to give us clear guidance on what we need to do to make mental health services better. It is good to remember successes of the mental health system in past decades.

Medicines and “Do No Harm”

Advances in psychiatric medication have been truly lifesaving: suicides prevented, psychoses gently helped or almost cured, panics diminished, and dual-diagnoses ameliorated. Sometimes we focus too much on side effects, which are very real and do cause damage.
Looking at another treatment area–cancer–reminds us of the gravity of mental health treatment. Early in my career, One of my clinical supervisors at a top hospital reminded me that “mental illness is worse than cancer.”

This physician pointed out the high proportion of cancer patients who do not recover and the often-debilitating side effects of radiation and chemical treatments. It is good to remind everyone of the complexity of mental illness, and rates of improvement overall from 50-to-80 percent may be substantially improving the lives of many.

Medications have helped persons who are dually-diagnosed: those with alcohol and psychiatric problems combined and those with psychiatric problems and developmental disabilities. Those in AA have learned that cessation of drinking often bring out a serious problem like endogenous depression, schizophrenia, or panic disorder, for which a person has self-medicated through alcohol or other drugs.

There’s More Talking and this Is Helpful

Society is open about mental illness. Four decades ago it was pushed under the rug, minimized, or denied. Through this openness, which has included books, articles, and media interviews, more people have been able to receive help.

An Ounce of Prevention Is Worth…

Prevention works. This is vividly seen with prevention of cognitive and emotional problems in children below the age of five. Head Start is a success with minority children. I have seen this. Although it is hard to measure, and because extremely difficult cases showcase failures, I believe mental health services have played an effective role in preventing cases of alcohol and substance abuse, post-traumatic stress disorder, violence, and violence. We see this in the work of our own Raymond Flannery.

Not Enough Assessment in Psychology?

One of the unique skills of clinical psychologists has been assessment, either through observations and interviews or detailed psychological testing. This is fading. Psychological testing is no longer a required course in most undergraduate training program. Psychologists want to study and talk about the brain; many would like the ability to prescribe medicines. As the DSM V will show, assessment and specific diagnosis have become more and more important in linking the malady with the treatment. Are psychologists losing their identify?

It has been said that we are entering the century of the brain. Intriguingly, genetics and the operation of liver enzymes may hold out great hope for more exact prescription of medication. No liver is alike! Genes are the blueprint for the kinds of enzymes found in the liver. These chemicals are the key in metabolizing psychiatric medicines before the metabolites are sent to the brain. The Mayo Clinic is using a genetic test called cytochrome P450 to help physicians pinpoint the right medication and dosage for many conditions, including psychiatric. From Rochester, Minnesota:

“Over the past decade, the study of human genetics has shown how genetic factors influence a person’s response to drugs and their possible side effects. Mayo Clinic’s Department of Psychiatry, in partnership with the Department of Laboratory Medicine, has developed a test, known as the cytochrome P 450 test, that helps pinpoint genetic factors that may affect responses to various drugs, including several anti-depressants.

“The cytochrome P450 test is a genetic test that measures how the body will metabolize drugs. Genes are contained in each of the body’s cells. Genes give instructions to the body to produce proteins that control how cells grow and function. The cytochrome P450 test identifies which type of gene(s) is present to instruct the body to produce enzymes (complex protein within cells that act as catalysts for chemical reactions.

Are there aspects of mental health which require a different methodology than medications and therapy. We think so, and AMHF hopes to present at the Conference on Spirituality and Psychology, sponsored by Division 36 of the American Psychological Association at Loyola Maryland, March 22-23, 2013.

Mental health aims at treatment; religion, the psalmist reminds us, tires to “make us stronger in the broken places.” Anti-depressants are given to diminish depression; our religious quest, in many traditions, is “a way to make the sojourn on earth less sad,” as Pope John XXIII stated.

Let’s hope for a synergy of all possible sources of help and hope in 2013.