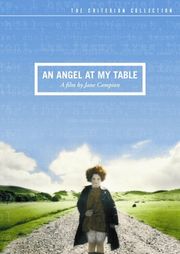 This is the thirteenth of twenty-one films in the series on psychiatry in film. The plot summary is provided by Judd Blaise Rovi.

The film begins with Frame’s childhood, showing her as a bright but odd-looking, chubby, emotionally fragile, and isolated girl with a flair for writing. Frame faces difficulty in adapting to the conventional rural life around her, and her social awkwardness only worsens as she grows older.

After she fails in her attempt to become a schoolteacher, due to an intense panic attack, she is subject to a psychiatric evaluation and shamefully misdiagnosed as a schizophrenic. Frame is subsequently committed to a mental institution, where she suffers years of unnecessary shock treatments and other horrors.

Her salvation comes through her writings, however, which attract the attention of a renowned author who arranges her release.

Adjustment to the outside world for one with a poetic sensitivity and solitariness that comes with the profession is well documented in this film. Unlike the other films in this series (with the time-distant exception of Bedlam), this one is based on a real person and her painful life experiences within mental-hospital settings.

Again, as seen in One Flew over the Cuckoo’s Nest, The Snake Pit, Spellbound, The Cabinet of Dr. Caligari, and Bedlam, the institution is at the heart of this film. But this one digs deeper: informed by feminist theory in a way, for example, that The Snake Pit and Now, Voyager are not, nor could they be as products of a bygone era of strictly patriarchal values.