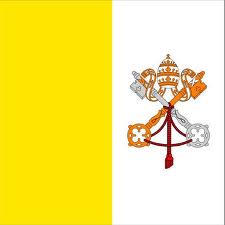 It is not inappropriate for an organization of American Mental Health Foundation—which serves persons of many nationalities and beliefs—to offer our best wishes for the Catholic Church’s new pontiff, Francis I. Sponsorship of mental health programs has been an important role of the Catholic Church in the USA. Many Catholic hospitals have included psychiatric units, Catholic medical schools and universities teach upcoming physicians and psychologists, and Catholic schools watch out for the mental health needs of their students.

The world has learned of the new Pope’s humility and love for the poor. Has there ever been a previous pontiff, who, while a cardinal, took the bus to work? As this means standing in the rain, huddling in the aisles with other passengers, and, of course, being late: Pope Francis is a kindred spirit to all in his encounters with the frustrations of daily living.

There exists poverty of mental health. One sees it in the street people in every country who suffer from schizophrenia. From wealthy to impoverished lands, the percentage of schizophrenia holds steady at about one percent, an indication of its genetic imprint everywhere. It is noted in chronic alcohol and substance abusers, who often become society’s outcasts everywhere.

The wealthy are no more immune to despondency than the poorest of the poor. Richard Corey’s story emerged from within the sounds of silence: “And we worked, and we toiled, and we sweated for our bread. One day Richard Corey went home and put a bullet in his head.”

One task of Pope Francis will be to remind the despondent of the presence of hope; this, a powerful antidote to depression and despondency, as powerful as any antidepressant medication ever discovered.

Two thousand years ago the Teacher who went into Capernaum listened to the Centurion, who pleaded for his sick servant: “Sir, I am not worthy to have you under my roof; just give the word and my servant will be healed.”

Was this a psychological or physical ailment? Matthew’s Gospel does not make this clear, but other times it is clear that the Teacher healed emotional illness and seizure disorders, and most importantly—people’s souls. Can one be emotionally healthy while one’s soul is sick? Pope Francis will give the world guidance on this question.

All sorts of meanings have been given to the Pope’s choice of the word “Francis.” We note that the first Catholic psychiatrist was a Franciscan priest, Fr. Agostino Gemelli, who in 1914 wrote a lengthy book on the treatment of obsessive compulsive disorder and scrupulosity. This again showed a pioneering role of the Catholic Church in healing mental illness. The Gemelli Polyclinic in Rome is named after the Franciscan physician-priest.

In a year which has brought us a new Pope and an important holiday within the same week, we offer this welcome:

Here’s Cead Mile Failte to friend and to rover,

That’s a greeting that’s Irish as Irish can be,

It means you are welcome,

A thousand times over.