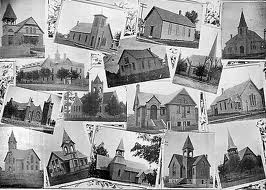 Newly minted pastor Ed Stetzer, writing in CNN.beliefnet, writes of his dealings with a man in his congregation. This person would often disappear for days at a time, and later Stetzer would hear that the fellow had spent hours praying the psalms. Later the man killed himself, leading Stetzer to reflect of aproaches churches could use to better engage parishioners with mental illness.

This led Spetzer to reflect on the kinds of practices that would lead to better acceptance of persons with mental illness. One of these is to view the church community as a refuge, as a place of welcome or safety. It is intriguing that the meaning of the word “asylum”—which not has such a negative connotation—means safe place or sanctuary.

Another needed practice is to recognize the effectiveness of medicine for many conditions. An outright effort at prayer or personal disciple simply may not help. So pastors are reminded to teach parishioners of the medical fact of the 21st century.

“I think there continues to be a certain stigma associated with emotional and mental problems. If you’ve got a pain in your side, if you’ve got an arthritic problem, you don’t feel guilty because it’s something physical. People say, ‘This is something I don’t have any control over, and I’m just going to take the medication the doctor prescribes.’ But when people say, ‘I have a mental illness. there’s still that layer of moral impropriety that we should able to control this by an act of the will.

“We need to understand that these emotional and psychiatric problems can be due to a causation that is beyond one’s ability to control by the will, but can be assisted either through therapy or drug treatment, or a combination of these. I think these therapies are not only acceptable, but are actually something very good, and it should be seen as one of Gold’s gifts to humanity that we now have resources such as these available.”

John Cardinal O’Connor, Archbishop of NYC during the 1980s and 1990’s, takes all of the ideas above a step further:

“Psychiatrist Robert Coles of Harvard University expresses understandable perplexity that so many officials of so many churches refer their clergy for therapy instead of turning to the spiritual or sacramental resources of religion itself. I can testify to the phenomenon but am not surprised by it.

“As one with a certain background in clinical psychology and psychiatry combined with more than 50 years of active priesthood, I am most grateful for what these sciences do offer.”

AMHF encourages work between mental health practitioners and the clergy. This combined approach means that both spiritual and psychological needs will be considered.