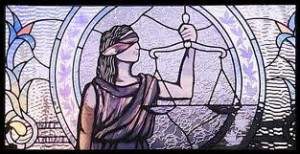 The Washington Post reports (August 2, 2013) that a woman with Down syndrome can go against the wishes of her parents regarding where she lives. Jenny Hatch had been under temporary guardianship, being in group homes, and thus “removed from the life she knew.”

Hatch wanted to continue living with her friends while continuing to work in a thrift store. The Post reports that there were two legal questions—was she someone in need of a guardian? If so, who would best serve in that role: mother and stepfather, or her friends?

The court decided against her parents and affirmed that she could receive guardianship from her two friends while employed at their store.

This case has important ramifications.

First, it made clear that Hatch could receive so-called Medicaid Waiver services. These are often essential in helping a handicapped adult live and function in the community. They typically include day-treatment services, respite services, and medical coverage.

This case also brings up the question whether or not parents serve as the best guardians if a handicapped adult himself or herself would like to pursue a different life-path from the one chosen by the parent-guardians.

One point not mentioned in the article is that the placement of Jenny Hatch into the group home by her parents was probably a decision made by to ensure long-term care. Once in a group home, a handicapped person is more likely to have placement security for life.

At some point Jenny’s current guardians will age, or they may become sick and unable to care for her. At that point, it is unclear where she would go and who would take care of her. This question does not appear to have been addressed by the court.

It is interesting that the court gave more credence to the opinions of people who have known Jenny Hatch for much-less time than her parents.

I suspect there are many details to this case that are not in the newspaper study, and it would be interesting to know all of these details.