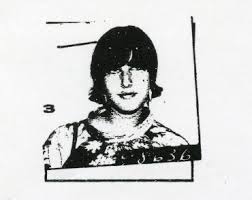 I have had the opportunity to view an extraordinary documentary entitled Kings Park. Here is what Oliver Sacks has to say:

“A brave, compelling look at the life of a state mental hospital and those whose lives it has touched. Lucy Winer has thought long and hard about the subject, and brings to her film an admirable balance and depth, combined with sensitivity and even some humor. A brilliant exploration of a difficult and complex issue.”

Today an award-winning documentary filmmaker, Ms. Winer returns to Kings Park for the first time since her discharge. Her journey sparks a decade-long effort to face her past and learn the story of the now-abandoned institution that literally held her captive.

Winer’s captivating interviews with other former patients, their families, and hospital staff reveal the painful legacy of our state-hospital system and the crisis left by its demise.

Here’s what the critics and film-goers are saying:

“When the credits ended and the house lights came on the audience sat in stunned silence. After a few seconds there was a scattered applause, which grew into a thunderous roar. Kings Park is an extraordinarily powerful film—or three films—superbly tiered with each poignant and insightful.”—Stewart Nusbaumer, Filmmaker magazine

“If you’ve got plans cancel them. Go see this incredible account of the history of Long Island’s Kings Park State Hospital. This is a heartrending film.”—Michael Yudell, Philadelphia Inquirer

“A tour de force. I have not seen anything as well made, as sensitive, nor as thoughtful. It is beautiful cinematically and in terms of its emotional tone a masterpiece of personal storytelling.” —Howard H. Goldman, MD PhD, Professor of Psychiatry, University of Maryland School of Medicine

“Touches a nerve, a prizewinning film that shines a light into the dark corners of US psychiatric care.”—Amy Maxmen, Science magazine

“A film that required tremendous courage. It should be seen by all those who work with and care for the mentally ill and by all those who care about their future.” —Benjamin Sadock, MD, Menas S. Gregory Professor of Psychiatry, NYU School of Medicine

“An illuminating and wonderful story of an institution and a person. A documentary with a message that both the public and mental-health professionals can learn from and appreciate.” —Gerald N. Grob, Henry E. Sigerist Professor of the History of Medicine Emeritus, Rutgers University, author of The Mad Among Us: A History of the Care of America’s Mentally Ill

“Kings Park helps bring to life how we treat the most marginalized members of our society.”—Robert Bernstein, PhD, President and CEO, Bazelon Center for Mental Health Law

I urge you to visit Lucy Winer’s Web site and to get involved!