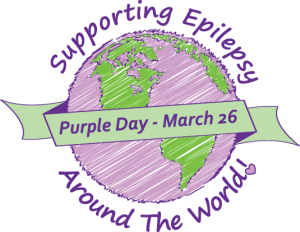 AMHF calls your attention to the causes and management of epilepsy.

Today, March 26, 2014, is International Purple Day. AMHF joins all families, foundations, and health-care providers on the front lines in raising the flag of Epilepsy Awareness.

Epilepsy, which derives from the ancient Greek meaning “to seize,” is a condition of the brain and nervous system. It is caused by lesions in the brain and is: misunderstood, not sufficiently understood, and often still stigmatized.

Some people experience a seizure as a mild change in consciousness or sudden mysterious feeling of fear all the way to the classic “grand mal” (an obsolete term—it is properly called “tonic-clonic”), only a few times a year. Others live in a virtual epileptic state, as is associated with Lennox-Gastaut syndrome and other rare and devastating forms of epilepsy.

When encountered, all of these individuals ought to be regarded with the fullest levels of understanding, not labels. Such would fulfill the vision statement of AMHF: Building a More Compassionate Society.

Many medications and other methods of treatment have been developed since World War I, particularly since the 1970s. Though a medical cure is unlikely, managing patients’ refractory seizures has been greatly refined and improved.