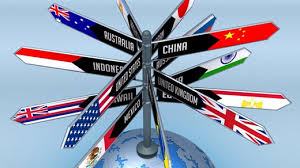 As Daniel waited his turn, the voice kept repeating that the nurse wanted to kill him. When Mr. Wallace offered Daniel his medications, Daniel struck him hard three times about the head. In the end, nurse Wallace lay on the medication-room floor, unconscious and bloodied with a badly bruised swollen eye and a broken shoulder blade.

These assaults may be physical, sexual, or verbal in nature and may occur in emergency rooms and all types of inpatient and community settings where staff are at risk, especially nursing personnel. The impact of these assaults is extensive and includes death, permanent or temporary disability, medical injury, increased utilization of sick leave and industrial accident claims, medical and legal expense, the severe psychological fright of psychological trauma, lost productivity, staff turnover, and poor worksite morale.

Given the international scope of this issue, what do we know about assaultive psychiatric patients? Are the assault characteristics the same in every country? Do some countries have more patient violence than others? In this short essay, we shall begin to address these questions based on the empirical, data-based research studies published in the global medical and scientific journals for the first 10 years of the 21st century. We will look first at the worldwide findings and then the findings from the American studies, the European studies, and the more limited research from four other continents. Our review will close with suggestions of strategies to reduce violence and mitigate its impact.

This is the first of two companion essays of assaultive psychiatric patients. This paper focuses on the characteristics of patient assailants. The companion essay focuses on the characteristics of staff victims of these assaults. The interested reader will want to read both essays to have a comprehensive understanding of this global patient problem.

International Findings
From 2000 to 2012, there were 60 published studies that documented 24,666 assaults committed by 30,498 psychiatric patients worldwide.1 Some of these patients were not assaultive and some were repeat offenders. These worldwide studies included 16,283 male and 13,867 female patients. On average, they were 37-years old and were primarily diagnosed with the illnesses of schizophrenia, schizoaffective disorder, and bipolar disorder. Some (3%) had past histories of violence and some (3%) were abusing substances. Male patients with schizophrenic illness and past histories of violence presented the greatest risk.

Even though many incidents of patient assault are never reported nor published, the research time frame of these published 69 studies varied from 2 weeks to 20 years and resulted in a total time of observation and data-gathering of 247.6 years. Thus, the findings reported here are likely representative of assaultive psychiatric patients, even though they likely underreport the extent of the problem.

The European Findings
There were 30 studies published by European institutions.1 These papers documented 9,881 assaults by 13,533 patients. There were 7,913 were male and 6,340 female patients, whose average age was 39 years. Primary diagnoses again included schizophrenia and schizoaffective disorders (41%), affective disorders (23%) and personality disorders (5%). Some of these assailants had past histories of violence toward others (4%), personal victimization (5%), and substance abuse (4%). Male and female patients with schizophrenia and affective disorders presented the greatest risk for assault in European settings.

The Middle East, African, Asian, and Other Continent Findings
There were 15 published studies that included patient assaults in the remaining parts of the world. These studies documented 3,874 assaults by 5,851 patients. This data included 3,299 male and 2,261 female patients. However, the research data for these continents was very limited and inconsistent in its assessment approach, such that further data analyses were precluded.

A Worldwide Perspective
Taken as a whole, what do these international studies teach us? First is the enormous amount of violence that is occurring in health care settings on a daily basis that goes largely unreported and remains unknown to the general public. This research supports the finding that psychiatric patient assaults on staff do in fact constitute a worldwide occupational hazard. Second, these studies also document that not all psychiatric patients should be assumed to be assaultive. Third, these findings suggest that the various negative impacts on care givers are extensive and costly both in terms of human suffering and financial cost.

These studies also suggest that male and female patients with schizophrenia and past histories of violence toward others and substance abuse present the greater risk to healthcare providers in Europe and the United States. Whether this proves to be true in the other countries awaits further research both in terms of quantity and quality when cultural differences are taken into account and research methodology becomes more rigorous. An important factor that may skew some results is the availability of treatment resources. For example, violence may be more prevalent in an institution with inadequate pharmacological supplies. Addressing these limitations should improve our understanding of patient violence in differing countries and there needs to be a basic research design to assess the same characteristics across countries. This basic design needs to include detailed operational definitions of violence, common assessment measures across studies, and similar statistical analyses. A rigorous review of these several relevant methodological issues1, 2 is presented elsewhere for those who are interested.

Approaches to Addressing Patient Assaultiveness
There are a variety of risk management strategies to reduce the risk of violence and to mitigate its impact in these instances where it does occur. The interested reader is referred to an extensive discussion of these strategies elsewhere.3, 4, 5

The most common worldwide precipitants to these assaults include psychosis, denial of services, excess sensory stimulation, feeling unsafe, substance abuse, and misdirected affection. Psychosis can be treated with medication management and counseling. Denial of services to the patient may occur for any number of reasons and the denial is best coupled with offering another such opportunity at a later time. Excess sensory stimulation can be addressed by modulating the activity in the patient’s life, for example, by placing the patient in a more quiet area of the day hall. Feeling unsafe is best addressed by creating a “safe” holding environment with staff considered “safe” by the patient. Substance abuse suggests the need for enrollment in a substance abuse treatment program and misdirected affection is best addressed through empathic but clear education about romantic boundaries.

The treating facility may want to consider further additional consults in medications, behavioral therapy, and forensics assessments. This may be especially true for repeat offenders. Since violence may beget violence, programs for anger management, untreated psychological trauma and posttraumatic stress disorder, and substance abuse may want to be initiated.

Violence does not come with the turf. There are good reasons to develop in advance reasonable plans to manage possibly assaultive patients, should the need arise, and there are a wide array of possible risk management strategies to fit the budget limitations of any institution. Providing such high quality care insures the safety of patients, families and staff alike. The tools currently exist to manage this worldwide occupational hazard with clinically efficacious, cost-effective approaches.

Raymond B. Flannery Jr., Ph.D. FAPM, Harvard Medical School and The University of Massachusetts Medical School, is an internationally recognized scholar and lecturer on the topics of violence, victimization, and stress management. Dr. Flannery is available for lectures and workshops for all types of groups and may be reached at the American Mental Health Foundation: 212-737-9027 or Email Evander.