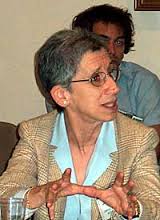 Jacqueline A. Lofaro on the AMHF Board of Directors

The Board of Directors of AMHF is delighted to welcome Jacqueline A. Lofaro. She joined as a Director on April 21, 2015.

Lofaro has been an advertising and communications executive for 25 years. Early assignments included advertising copy for McGraw-Hill as well as Holt Rinehart & Winston. She moved on to developing advertising-campaign concepts and copy assignments until being named Director of International Advertising for Holt.

Lofaro opted to return to the academic world: graduate school toward a doctorate in sociology, with an emphasis on sociology of the arts. She received full support from Exxon Corporation to complete her study of the development of ballet in America.

As a Graduate Fellow, Lofaro was on faculties at Queens College, Baruch College, and LaGuardia Community College in Long Island City, N.Y.—an assignment that alerted her to the educational needs and aspirations of many poor or minority students.

She returned to advertising and development: for nonprofit organizations only, arenas where she passionately felt her education, professional background, and love of writing and creativity were most needed. She formed and held the position of Director of Government and Community Relations for New York Presbyterian Hospital and the position of Director Communication for the New York Academy of Medicine where she established a monthly newsletter that was respected by prize-winning physicians and public-health researchers and advocates alike.

Dr. Liebowitz, Lofaro’s husband has published a book as well as several professional articles, and remains an active teacher on the prep-school and college levels. Lofaro’s brother is an aviation scientist and psychologist.