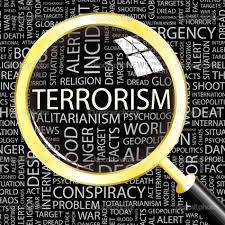 The day was perfect. Bright sunshine, a pleasant warmth. College student, Victoria McGrath, was excited. The Boston Marathon was a premier sports event. The crowd was excited as well. The enthusiasm was electric and Victoria positioned herself near the finish line, so as to have the best view of the winners.

Suddenly there was searing pain in her left leg and total chaos around her. Blood was everywhere. She has been five feet from the homemade bomb that was to kill five and injure scores more.

She was terrified and screamed uncontrollably. A stranger, Bruce Mendelsohn, himself a veteran of seventeen marathons, at great personal risk ran to Victoria, applied a lifesaving tourniquet, and handed her to firefighter James Plourde. He raced her to triage at the finish line, where she was then transported to Tufts Medical Center for emergency surgery. Shrapnel from the bomb had pierced the nerves in her leg. She survived but recovery was lengthy, involved surgery, physical therapy, counseling, and lots of support from Boston strong.

As her leg healed, she turned to helping others, especially wounded veterans. Her warmth and selfless support of others in need were infectious. The future was now hers for the taking.

A car accident today claimed the lives of two Canadians and two Americans. One of the Americans was a young woman, Victoria McGrath.

Terrorism produces frightened victims, such as the example from the Boston Marathon bombing above. This is terrorism’s purpose: to frighten civilians. Since the bombing of the World Trade Center in 2001, terrorism had not been far from the minds of many citizens in the United States. The same may be said for the many civilians in European, Middle Eastern, African, and Asian countries that have also experienced terror attacks. A short review of the nature and methods of terrorism is presented here.

We all know what it is like to live in fear but understanding how terrorism leads to this end state is often less clear because there appear to be many types of terrorism. Daily news reports attribute terrorism to political, religious, and/or economic causes. Part of this confusion stems from a misunderstanding of the word, terrorism, itself. Terrorism is not an ideology or a belief system like liberalism, conservatism, or socialism. Terrorism is a strategy to instill intense fear and coerce the civilian population of a country into abandoning the country’s leaders and policies and into accepting the enemies’ demands. This strategy is not new; it is as old as military warfare in all of human history.

Although the strategy of terrorism remains the same for all terrorist groups, the reasons for such violence are as varied as the as the many causes of violence that terrorist groups espouse. It is these differing motivations with the common terrorist strategy that the media report. Cultural, biological, sociological, and psychological factors in violence have been thus far identified. They are diverse and beyond the scope of this short review. (See Flannery, 2016, for a detailed review.) However, there are some psychological feeling states and some sources of motivation that appear to repeat themselves with some frequency. Psychological states in some terrorist minds include anger, revenge, anxiety, hatred, greed, inferiority, and/or helplessness. Terrorist motivational reasons vary greatly as well. Some may be political, some may be religious, some maybe economic. Others may represent highly specialized causes such as animal rights or environmental concerns. However, the end goal of each terrorist attack remains the same: frighten the civilian population into repudiating its leaders and their policies, so that the enemy’s values and goals are adopted.

Terrorist groups have a common structure comprised of four distinct groups. First are the senior leaders of the movement. Their goals are supported by the second group, the cadre of followers who commit these terrorist attacks. The third group provides intelligence and the fourth group, often working behind the scenes, provides the monies for the group’s activities. The advent of social media has drawn attention to “the lone wolf,” not a person in the common group structure noted above. This is a person who was not directly involved in the original emergence of the terrorist cause but espouses the terrorists’ values and beliefs. On his or her own, the lone wolf commits terrorist acts in part of the world not immediately impacted by the military warfare of the terrorists’ activities. In some ways, lone wolves appear akin to Eric Hoffer’s True Believer: Thoughts on the Nature of Mass Movements (see Hoffer, 1966). In Hoffer’s seminal thinking, some people do not have a meaningful purpose in their lives. Some may have limited education, some others may be depressed but all are devoid of a meaningful purpose in life. Such individuals join religious, political, or social causes to find this meaning. In doing so, they adopt the values and beliefs of the cause that they have joined, When the cause is over, their lives are again without meaning and they usually move on to a new cause. This psychology may be present in some lone wolves.

Finally, the strategies and tactics chosen by terrorists vary by the cause. Methods to obtain their ends may include traditional ground and air military warfare of attacks and bombings in addition to homicides, torture, rape, assaults, kidnappings, piracy, gang rapes, hostile media presentations to further instill fear, and the destruction of property. More recent methods include weapons of mass destruction and the various forms of cyberterrorism. These methods focus on brutal, cruel, and uncivil behaviors to maximize fear. Terror incidents may include both major events such as the airline bombings of the Trade Towers in New York City or more discreet incidents such as the beheadings of individual innocent civilians.

The Roots of Terrorism

Terrorism takes root and is fostered in settings that have various cultural, ideological, situational, and personality components. The more these factors are present, the greater the likelihood of terrorism emerging. In cultures that are not democratic so that the residents do not have a voice and that are in distressed social and economic circumstances, the probability increases. The emergence of terrorism will also be greatly enhanced if the culture has a belief system that celebrates murder/suicide in their religious or political systems and that revere the martyr who dies for the cause as a noble goal. In some cases, the state itself may sponsor terrorism in addition to individual groups. Those distressed societies that have access to traditional print and broadcast media as well as the Internet are especially prized for their ability to make known the exploits of the terrorists.

Lastly, personality factors may contribute to the terrorist cause to a certain degree. This fourth factor though is not as widespread a cause as the general public may think. The leaders are most likely psychopaths but the ordinary foot soldiers in the cause are usually not mentally ill, common criminals, nor personality-disordered individuals. Indeed, many are well educated and often middle class in their outlooks and expectations, and believe in the cause.There is no one profile of a terrorist.

The impact of this terrorist carnage and violence has a major impact on the victim society. There is death, permanent or temporary disability, medical injury, loss of economic income, loss of community, loss of daily life routines.

Terrorist incidents also result in intense fear and in some victims the intense fear of psychological trauma. Many terrorist events are sudden, unexpected, potentially life threatening events over which the victims have no control. These events may result in hypervigilance, an exaggerated startle response, recurring thoughts and nightmares of the events, and a general wish to avoid anything related with terrorism. The psychological toll can be as painful and deadening as the physical carnage and social disruption. This psychological trauma will last until death, if it is not treated. (See Flannery, 2012, for a detailed discussion of psychological trauma and posttraumatic stress disorder [PTSD].)

Since terrorists are motivated by differing goals, a country’s counterinsurgency strategies will differ widely. However, some communalities have proven helpful. These strategies may occur at the federal, state, and local levels. The first level of strategy involves the federal level and might first include diplomacy and legal and economic strategies as methods of addressing the threat. Certainly, the country’s military and intelligence communities will also be mobilized. They will assess for high value enemy targets to degrade and destroy the enemy quickly. In today’s age, cyber assessment is also crucial in preventing attacks. At the state and local levels the National Guard, police, and civilian defense forces would be activated, as well as preparations for disaster response, should a terrorist incident occur.

What terrorists do not realize is that terrorism is a self-defeating strategy. The general population may initially be frightened and cowed but over time this fear grows to anger and the terrorist enemy is over thrown (see Carr, 2002). This process may take a long time, which is why there is the need for counterinsurgency strategies, but at some point the terrorists will defeat themselves.

Research is needed into all aspects of terrorism but such research is difficult to complete. The warriors will not necessarily take time to explain their motives and tactics, successful suicide bombers cannot be interviewed, and those that are captured alive may not be willing to speak and/or may not be representative of the cause as a whole. Some examples of needed methodological refinements include the need for basic operational definitions of terrorist motivations, a categorization of types of terrorists, and reliable and valid instruments of fear and extreme fear. There remain many other logistical issues, including on how to do valid research in the field of military operations, which need to be thought through, as well. More assessment of lone wolves is needed as well.

A nation that is identified as the perceived enemy would do well to marshal its resources to calm its own people and to defeat the terrorist insurgents with any necessary means. Vigilance may often preclude violence.

Carr, C. The Lessons of Terror: A History of Warfare against Civilians: Why It Has Failed  and Why It Will Again. New York: Random House, 2002.

Dr. Raymond B. Flannery, Jr., Ph.D., FAPM, is Associate Professor of Psychology (Part Time), Harvard Medical School, as well as Adjunct Assistant Professor of Psychiatry, University of Massachusetts, and an internationally recognized scholar and lecturer on the topics of violence, victimization, and stress management. Dr. Flannery is available for lectures and workshops for all types of groups and may be reached at the American Mental Health Foundation: 212-737-9027 or Email Evander.