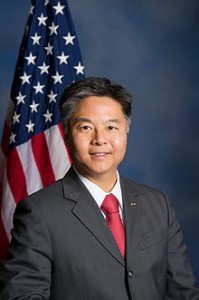 From the office of Congressman Ted Lieu, 33rd District of California (who supersedes Representative Henry A. Waxman):

We have been exploring legislation to create a Presidential Psychiatrist position in the White House Medical Unit, similar to the Presidential Physician position that already exists. Although the impetus has certainly been our current president, this concept has been discussed for years and—from what [we] understand—has been supported by many in the psychiatric and mental-health community. [We] wanted to reach out to see where The American Mental Health Foundation stood on the idea generally, and also hear any feedback you have on the introduction of such a bill.

From The American Mental Health Foundation in response:

The American Mental Health Foundation (AMHF) is a research organization. President Trump is the 16th president since formation of this organization, by captains of industry, postmasters general, railroad executives, et al. AMHF was established the same month Sigmund Freud was featured on the cover of Time.

As a 501(c)(3) not-for-profit, incorporated in New York State, AMHF cannot and does not become involved in political matters or offer such opinions.

One of the chief missions of AMHF is to advocate for an end to the stigma attached to, and the tiptoeing around, mental-health conditions, with a dedication to individuals with emotional problems, especially elders and those with special needs. So much in this regard, among too many in the general population, is “swept under the carpet” to the detriment of the commonweal.

In this vein, we would favor the idea of introducing legislation you describe: the principle being mental health—the processes of healthy cognition, what was once more generally called “mental hygiene,” and any impairments of leading candidates for the office of chief executive as well as the eventual-elected winner—is as important to the welfare of society as is these individuals’ physical health and ought to be in the public record. (Cf. the unfortunate, aborted candidacy of Tom Eagleton, who suffered from depression at various times in his life.)

[In a later development, this article appeared on the so-called Goldwater Rule. AMHF was also featured in Time magazine in a related manner July 27, 2017: scroll down to the last paragraph.]