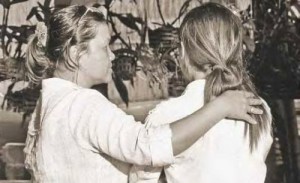 At one time or another, in every life, there is the need for "psychological first aid."

The theme of this year’s World Mental Health Day, observed on October 10, 2016, covers “psychological first aid.” Efforts in support of the day will focus on basic pragmatic psychological support by people who find themselves in a helping role—whether they are health staff, teachers, firefighters, community workers, or police officers.

For nearly a century in research and advocacy AMHF has been, and is, at the forefront “to end the stigma”