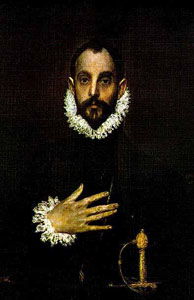 Hello to everyone interested in mental well-being and the world of psychoanalysis. These are exciting times. Our foundation, the American Mental Health Foundation (AMHF), which we believe is the oldest nonprofit foundation devoted to mental-health research in the United States, is gearing up to meet the challenges and complexities of the 21st century.

The brain, the psyche, the soul are eternal mysteries to be explored and better understood. Ours will be remembered as The Century Of The Brain. The funding of research to benefit people’s lives and the funding of publications for the general reader and professional in this spirit require us at AMHF to roll up our sleeves and get to work.

Today is a new beginning for AMHF. We invite you to explore our newly designed Web site. We also hope you will want to be part of our family, and blog discussions, regarding the many issues surrounding the state of psychoanalysis in the United States as well as other parts of the world—which increasingly impact on every one of us as our society becomes evermore diverse.

First, a bit about ourselves….

The American Mental Health Foundation is a research organization that was established in 1924 by philanthropists and captains of industry with vision, who perceived a need and wanted to help people of all backgrounds and economic levels. The foundation has been fortunate in its directors of mental health research, particularly in the towering figure of Dr. Stefan de Schill, who devoted nearly 60 years of his life in leading AMHF. The major therapeutic advances and improved training techniques of AMHF are described in its publications, a portion of which are included on this Web site and are nowhere else available.

AMHF is especially concerned with the well-being of those with special needs as well as the elderly, which make up an increasingly large portion of the population.

We hope to hear from you.