Neuropsychology: All Kinds of Things Affected by the Brain 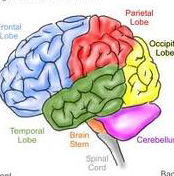 “All Kinds of Things Affected by the Brain”

Simone Collymore, PhD, is a neuropsychologist in Kingston, New York, one of the few practitioners in the Hudson Valley of this specialty involving psychology and brain science. Whereas other specialists that study the brain by necessity use tools that may have less-than-helpful side effects, Collymore’s craft emphasizes adept observations over as much as a ten-hour period, with materials many find interesting and even engaging.

Both neurology (a medical speciality involving a fellowship and board exam after the medical degree) and neuropsychology study and treat the same conditions. There are many medical conditions that affect thinking and behavior, and Collymore’s expertise is to find strengths and weaknesses that are present, as well as to help devise plans to improve, strengthen, or stabilize the condition.

As a field, neuropsychology began after World War II and grew as psychologists in Veteran’s hospitals worked with soldiers injured in battle that needed long-term hospitalization. The main tool of neurologists at that time was a detailed observation along with X rays. Tests given by the neuropsychologist often could offer finer details about damage and combined with the X ray was a more formidable tool than X rays alone. There were even a few legendary neuropsychologists who could predict the location of a brain tumor from noninvasive tests alone.

In 1975, the CAT scan was introduced, and in the years afterward MRI’s, functional MRIs, PET scans, and other medical-imaging tools demonstrated great usefulness and went beyond the descriptive ability previously available from a neurological and neuropsychological exam and X ray. Since these tests did not offer information on the effect of the brain anomalies on behavior and thinking, the field of neuropsychology blossomed as it provided highly detailed descriptions of the strengths and weaknesses in thinking, sensation, and perception that resulted from changes in brain functioning.

What does a work-up by a neuropsychologist involve? Dr. Collymore notes that testing is usually done over six-to-ten hours, with the length of each session dictated by the concentration ability of the person being tested. Some individuals can work up to an hour, or even more, while others might need to be seen and observed over many sessions due to attention spans of fifteen minutes or fewer.

The tasks given by the neuropsychologist include simple drawings, reaction time to different kinds of stimuli, manipulation of small objects to gauge fine-motor functioning, short-term and long-term memory tasks, receptive and expressive language, and executive functioning: a complex skill involving judgment and coordination of all other mental tasks.

After all of these are finished, the neuropsychologist writes a report that might even exceed five or ten pages, and this chronicles not only strengths and weaknesses but helpful information for family, teachers, or physicians. In the case of severe head injury,
repeated administrations of the tasks at different intervals can show when there is improvement.

Alfred Frontera, MD, praises the work of neuropsychologists like Collymore.
His group, Kingston Neurological Associates, is able to administer medical procedures including blood-work; CAT, MRI, and PET scans; but finds that workups conducted by specialists like Dr. Collymore can be very helpful in contributing to a fuller understanding of what is going on in each individual patient.

The training to become a neuropsychologist is a long one. Collymore was a biochemisty/physiology major at the University of Western Ontario and then received her PhD at Queens College, followed by training at Columbia-Presbyterian (now New York-Presbyterian) Hospital, Burke Rehabilitation Center, and New York University.

From early in life, Collymore has always been interested in the brain. Why do people do certain things? Why do they feel or think the way they do? Why is there such a range of talent and functioning, and how does this become damaged?

“All kinds of things are affected by the brain. Everything stems from brain functioning.”