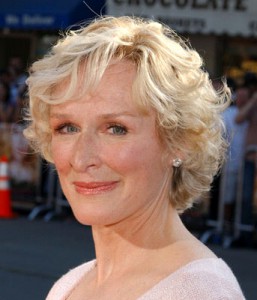 Glenn Close, award-winning actress who has become an advocate for persons with bipolar disorder and other severe mental illnesses, will be the Keynote Speaker at Neuroscience 2010 , the 40th Annual Meeting of the Society of Neuroscience, to be held in San Diego from November 13-17th, 2010. Close has developed a special interest in mental health; her sister and nephew both suffer from bipolar disorder.

The Keynote Address by Close will illuminate ways in which neuroscience and society can work together to combat illnesses such as depression, bipolar disorder, and post-traumatic stress disorder. Over 30,000 professionals in the neuroscience fields are expected to attend the convention, and there will be over 15,000 different presentations including talks, workshops, and poster sessions.

Another speaker at the conference will be Martin Chalfie, Ph.D. from Columbia University, who received the Nobel Prize in Chemistry in 2008.

One of Close’s major time commitments is BringChange2Mind.