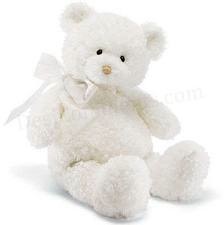 What are mental bears? A person who is asked NOT to think aloud about a white bear will more often than not mention this same white bear: at least once a minute. So “white bears” have come to mean all sorts of unwanted thoughts that cause annoyance to even extreme frustration to those who experience them, particularly in conditions along the obsessive-compulsive spectrum. In the November 2011 edition of American Psychologist, the flagship journal of The American Psychological Association, notice is given that Daniel Wegner, Ph.D., received the 2011 award for Distinguished Scientific Contributions at the 119th APA convention in Washington last August. His area of study has been finding ways to alleviating the burden of unwanted thoughts: those ubiquitous white bears.

Thought postponement is another approach Wegner analyzes in his research. This occurs when there is an attempt to stop thinking of an item permanently: a white bear is to be vanished, so-to-speak, from the mind forever. However, most attempts lead to temporary success at best. Studies of suppression of worry have found that people who worry excessively can often cut down on worry time, not by trying to remove their worries one-hundred percent, but by limiting them to a half-hour time period each day.

Exposure and paradoxical approaches are still another area Wegner has successfully studied. This tactic seems paradoxical. The subject/person is asked to think intentionally about, or seek exposure to, the unwanted thought. In the research, this has occurred with either a small dose (habituation or systematic desensitization) or all-at-once (flooding or implosion). Exposure therapies have shown to be effective with posttraumatic stress disorder and OCD.

“The techniques and therapies explored here vary from the well-established to the experimental, but it should be remembered that, on balance, they lean toward the experimental. These techniques have only seldom been compared head-to-head in research, and the study of many of them, although it is sorely needed, is not a mature branch of psychological science. What this means is that these assembled solutions for unwanted thoughts should be taken as hypotheses and possibilities rather than as trusty remedies or recommendations. I offer them in hopes that further research and exploration will discern whether they are indeed effective and that, in the interim, they may be useful to those who are trying to overcome unwanted thoughts, both in research and everyday life. The project of setting free the bears, after all, is an experiment we conduct every day.“