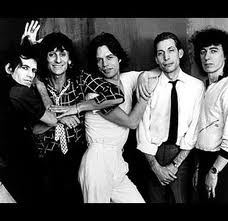 In most cases psychiatric drugs are not valuable commodities on the street: antipsychotics and antidepressants with names such as Thorazine, Haldol, Resperidal, Tofranil, SSRIs, Wellbutrin, Abilify, Lithium, and others generally must build up a therapeutic dosage in the bloodstream to become effective. There is no immediate “rush” or feeling of euphoria. In acute-psychiatric illness, a person may be admitted to the hospital where higher initial dosages can be given under supervision. Huge amounts of these substances crisscross the country each day in the U.S. Mail, with 90-day supplies being sent from big box pharmacies to patients.

There are exceptions. In the 1960s and 1970s, the anti-anxiety drugs Valium and Librium were too frequently prescribed or not watched closely enough. They have “a street value” because of the euphoria or sense of calmness rapidly induced. They are seriously addictive. Ritalin and its derivative amphetamine substances, prescribed for Attention Deficit Hyperactivity Disorder, also maintains solid street-value, frequently sought after by college students studying for finals or high-stakes exams like the LSAT, GRE, or MCAT.

In Mick Jagger’s lexicon Nembutal (a short-acting barbiturate) was the original “Mother’s Little Helper.” The Federal Government classifies fast-acting psychiatric drugs as controlled substances, and there is a special prescription-reporting system and accountability for these substances. No doubt they are kept under special lock and key in clinics and pharmacies due to their street-worth and capacity to serve as a magnet or beacon (to mix a metaphor) to those addicted to them.

A recent article in the Los Angeles Times presents an optimistic yearning toward the possibility that certain street drugs offer a hope for healing in the future. “Magic mushrooms, LSD, ecstacy, and ketamine are being studied for legitimate therapeutic uses….In their next incarnation, these drugs may help the psychologically wounded tune in to their darkest feelings and memories and turn therapy sessions into heightened opportunities to learn and heal.”

The journalist writing this article cites one published peer-reviewed study, with a small number of patients suffering from advanced stage cancer who reported a three-month improvement in mood, to justify these sweeping conclusions.

I am not even sure if this is halfway responsible journalism. As Edward R. Murrow was fond of saying, there are two sides to every story, and the other side to this story is the incredible addictive potential of any fast-acting substances that alter mood. As noted above, the most valuable psychiatric drugs, those helping persons with severe depression, bipolar disorder, schizoaffective disorder, and schizophrenia, act slowly and do not produce a rapid high or “rush.” Those that do, such as amphetamines, create problems.

A possible unintended consequence of developing more fast-acting psychiatric drugs based on LSD, psylocybin, and so forth must also take into account the pharmacies that would dispense them. Recently the execution-style killing of four people at a Long Island drugstore brought into awareness the risks of running such a business. The shooter was addicted to pain medicine (note: this is not considered a psychiatric medication), but one wonders what security enhancements would need to be taken at the local pharmacy were it to store LSD, mushrooms, and related chemical derivatives? Or if anyone would want to take the increased risk of working behind what is already a risky counter?

My professional background included working in a topnotch psychiatric hospital in the 1980s and seeing the effects of cocaine on otherwise highly successful businesspeople. For a number of years, I served as a Disability Examiner for the New York State/Social Security Administration. Represented among the over 1,000 persons I evaluated were many addicted to heroin, cocaine, amphetamines, and yes! marijuana. Many of these individuals (even some with long-term marijuana dependence) showed substantial brain damage on neuropsychological tests. They would never work or function fully in this world again.

Perhaps as any new biological treatment is developed, we should make “Do No Harm” the first order of business.