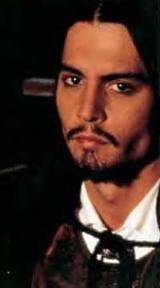 Of the twenty-one films referenced in this blog, Don Juan DeMarco is the first I will discuss.

Psychiatrist Jack Mickler (Marlon Brando) dissuades a would-be suicide—a 21-year-old, costumed like Zorro claiming he is Don Juan (Johnny Depp)—is held for a ten-day review in a mental institution. Mickler, who is about to retire, insists on doing the evaluation and conducts it without medicating the youth. “Don Juan” tells his story—born in Mexico, the death of his father, a year in a harem, and finding true love (and being rejected) on a remote island. Listening enlivens Mickler’s relationship with his own wife, Marilyn (Faye Dunaway). As the ten days tick down and pressure mounts on Mickler to support the youth’s indefinite confinement, finding reality within the romantic imagination becomes Jack’s last professional challenge.

Such, is the Wikipedia description of the plot.

The film is a sly play on the nature of external reality and imagination, truth and illusion. At the center, there is a delusional patient and his indulgent psychiatrist. Issues of transference—that of the delusional patient who believes he must wear a mask in life, bound by the legend of Lord Byron and others; and countertransference, that of the analyst who rediscovers love thro his interaction with, and by projection upon, his modern-day Don Juan—are seriously dramatized if with a feather touch. For this is a comedy. It ends in the classical Shakespearean manner: in Love, among everyone concerned—and essentially in marriage—with all illusions and disguises dispelled.

Released in 1995, Don Juan DeMarco is the fifth film appearance from the end of Marlon Brando’s career. As a large role, for the larger-than-life actor, in many ways it is his swansong. Both like and greatly unlike (personality-wise) his famous Stanley Kowalski character from A Streetcar Named Desire, Brando represents the Reality Principle. Yet, he is not unyielding. He comes to see how reality can be bent if not distorted, and how his patient’s delusions are, in many ways, a portal to Truth.

Johnny Depp, who is rarely accused of under-acting, attempts to go toe to toe with Brando in their scenes. Few actors live to tell about it: Al Pacino, Vivien Leigh, Karl Malden. Not many. In acting terms, Depp is overwhelmed by Brando. Faye Dunaway, in an undemanding role as the psychiatrist’s wife, is surprisingly fresh, in her renewal of love for her husband, all thanks to the compelling delusions of the Depp character, who enters, in an unprecedented way, the life of his essentially retired analyst.

This movie is highly recommended for its humor and wisdom, for its almost melancholy, amber-lit portrait of age confronting youth. From the point of view of this blog, the film is one of the great Hollywood studies of the patient-psychiatrist dynamic within (more or less) standard Freudian psychoanalysis. The grander eccentricities of the characters and the depth of the analyst give this film meaning beyond its superficial oddness.