Benefits of Forgiveness and Gratitude 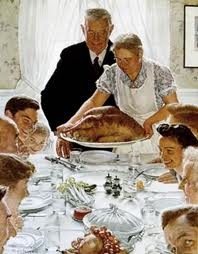 Lynne Shallcross, writing in the January 2012 issue of Counseling Today (a journal of the American Counseling Association), reports on research from the Stanford Forgiveness Project that shows that learning to forgive others lessens the amount of hurt, anger, and depression that people experience. She notes the work of Frederick Luskin, a director of the Forgiveness Project at Stanford. These researchers discovered that people who learn to forgive even report fewer biological symptoms of stress such as backaches, upset stomachs, and other physical malaise. Yet, this is something people struggle with, a seemingly simple task that is hard to do. Others have broadened the research.

“Mary Hayes Grieco, director and lead trainer of the Midwest Institute for Forgiveness Training, has taught the process of forgiveness to counseling professionals in the United States, Ireland, and Germany. Grieco and her colleagues offer three programs” a general workshop open to the public, a daylong professional training program open to both mental health professionals
and the public.

“Grieco says it’s important to note that forgiveness isn’t about the other person or about making someone else apologize or change–it’s about setting yourself free. ‘It’s about releasing the impact of a loss or a disappointment or an upset, releasing it from ourselves so we can go forward and not be continually reminded or triggered about this upsetting thing,’ says Grieco, author of Unconditional Forgiveness: A Simple and Proven Method to Forgive Everyone and Everything, which was published by Simon and Schuster in December.

Gratitude is another path to psychological health. Shallcross notes: “Thanksgiving is Ron Cathey’s favorite holiday. Not because he loves mashed potatoes or pumpkin pie, but because for the past 40 years on that holiday, he has taken time to think about someone who has made a difference in his life. And each year, he writes a note to let that person know how grateful he is for his or her influence.”

Forgiveness. Gratitude. For those who participate in the world’s great religious traditions, these findings will not be surprising. It is good to know mental health professionals are investigating and practicing some of the world’s greatest truths.