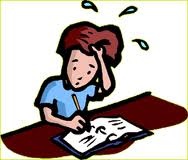 Many people still have the idea that psychological testing is mostly practiced in clinics and hospitals, and have images of psychologists sitting with clipboards giving Rorschach Inkblot tests and intelligence tests. In actuality, most psychological testing is now done in schools, and it has a preventive function: to identify mental retardation, learning disabilities, emotional disorders, and other problems that interfere with learning and can be treated.

In each year, more than 1,500,000 children are newly diagnosed with problems such as learning disabilities, mental retardation, and other handicapping conditions. Frequently it is a school psychologist, working with parents and teachers, who administers tests to a child and works with the team in the school to come up with a treatment plan.

Since there are so many children that need testing, and so many financial pressures now in school districts, there is a movement to make psychological and educational tests shorter so that more children could be tested. For example, the 90-year-old tradition of a lengthy test battery in the Wechsler Intelligence Scale tradition is now evolving into shorter tests such as the Wechsler Abbreviated Scale of Intelligence (WASI). Changes in education law have been proposed that will require the presence of school psychologists only at the initial meeting of a child’s Committee on Special Education rather than at all subsequent meetings.

One might ask: Are these changes in the best interest of children?