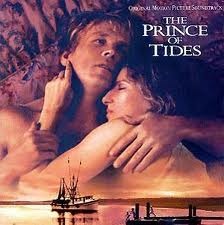 There’s something about the Deep South that inspires the writing of great literature (think William Faulkner, Tennessee Williams, Truman Capote) more than, for example, North Dakota. Likewise, we think of “the grand diagnoses” in psychiatry more than we do, say, about Generalized Anxiety Disorder. Prince of Tides is a 1991 movie capturing the lowland beauty of South Carolina and the despairing depths of psychotic depression. Based on the 1986 novel by Pat Conroy, it also has a happy ending.

The story line goes like this. Tom Wingo is a football coach and high-school teacher. The fire has gone out of his marriage and he stays because of his three daughters. He is summoned to New York by his sister’s psychiatrist. Samantha Wingo has once again tried to kill herself. Tom Wingo travels to New York where his sister’s psychiatrist, Dr. Lowenstein (Barbra Streisand) enlists his help to be his sister’s “memory”: she has repressed most of her past and Lowenstein believes the recovery of these memories will be important to her recovery.

Tom Wingo at first makes it clear he doesn’t believe in psychiatry or the psychodynamic approach Dr. Lowenstein is taking with his sister. Yet as he reviews family memories, his own troubles come back to haunt him. Within the Wingo family there is enough to cause severe trauma in anyone: rape, murders, troubled parents, severe favoritism, and an especially troubled brother.

Part of the grace of the film is the manner in which it illuminates how present experiences evoke past memories. In one scene, Tom Wingo watches children in a New York City street as they jump into the spary of a fire hydrant–evoking a joyful time in his past when the three Wingo siblings held hands and jumped off a pier, splashing together joyfully in the water. In another, food at a party brings to mind a time when his father became violent while eating a similar-appearing meal. And in another, he is reminded of when he was viciously slapped by his mother’s second husband.

As he and Samantha go over these memories, other severe traumas come to mind, but they also become aware of strong coping mechanisms—reservoirs of resiliency—each possesses. By the end of the movie, there’s lots of joy that emerges despite the sadness and trauma.