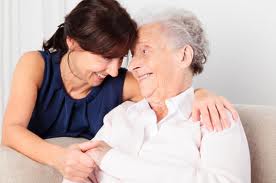 Antipsychotic medications have an interesting history. In the early 20th century, Thorazine was used as an anesthetic during surgery. In the 1940s, a patient with schizophrenia found that after surgery that the delusions and hallucinations had disappeared. Within a few short years this medication was being used for treatment of schizophrenia and two decades later it had worked so effectively with many (but sadly–not all) persons with schizophrenia that many psychiatric hospitals were closing or on their way to that end.

Soon similar medications were developed.They are effective in treating the “positive” symptoms of psychosis—hallucinations and delusions. They do not work well, if indeed at all, with the “negative symptoms”—deficits in social function, flat affect, withdrawal from human activities. Unfortunately, there are serious side effects, one of them being the Parkinson’s-like symptoms of tardive dyskinesia. Another is extreme weight gain.

These medicines cause sedation. One reasons many people with psychosis stop taking them is because of the groggy, tired, and listless feeling these drugs can engender. The sedation effect is so powerful that dosages of these are used to sedate wild animals, including wild tigers and lions—by syringe or rifle-fired capsule.

The Boston Globe today warns of the overuse of psychotropic medications in nursing homes. While these medications might appropriately be used in persons who become so violent they endanger themselves or others when all programmatic and behavioral procedures have failed, too often they are used to compensate for staff shortage, lack of programs, or systematic apathy and burnout:

“The drugs, which are intended to treat severe mental illness such as schizophrenia, can leave people in a stupor. The US Food and Drug Administration has issued black-box warnings—the agency’s most serious medication alert—about potentially fatal side effects when antipsychotics are taken by patients with dementia.

“Nursing home regulators have for years collected data about individual homes’ use of antipsychotics but have not publicly released facility-specific information, citing patient privacy concerns. The government finally provided the data to the Globe, 19 months after the newspaper submitted a Freedom of Information Act request.

“The data show that in more than one in five nursing homes in the United States, antipsychotics are administered to a significant percentage of residents despite the fact that they do not have a psychosis or related condition that nursing home regulators say warrants their use. The proportion of homes using antipsychotic drugs in this fashion is even higher in Massachusetts.”

It is good that statistics are being kept, and even better that they are being made available to the public.