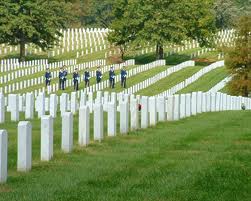 Many years ago, in the little neighborhood where I grew up in Chicago, the Memorial Day parade was a major event. Not only did it mark an unofficial beginning of summer, it was an opportunity to see veterans from many wars, marching together, and being honored by the entire neighborhood. The soldiers who had served in the Spanish American War (1898) were especially poignant. There were just a few of them. They may have been walking with canes but they retained the upright march of disciplined soldiers.

As I understand it, Memorial Day evolved sometime after the Civil War. Now many wars and conflicts later, many view it as a time for backyard barbecues rather than a time to reflect on those who have served their country.

Another thought I have concerning Memorial Day is the relationship between World War II and clinical psychology. After the war, a grateful nation initiated the Veteran’s Administration Hospital System. This entity has seen many problems in the past several decades, but in the decades following World War II, many VA hospitals were truly centers of excellence.

However, after World War II, the VA system received ample and generous funding. There was a great need to distinguish soldiers who suffered from psychiatric problems or may may have had brain damage–which at the time was called “organicity.” Psychologists who had developed psychological tests brought their expertise to these veterans. In a sense, this is when the profession of clinical psychology was born. Many aspiring clinical psychologists were trained in the Veteran’s Administration Hospitals, and there were ample United States Public Health Fellowships to offer financial support to these budding professionals.

On Memorial Day, we honor all those who have served their country.