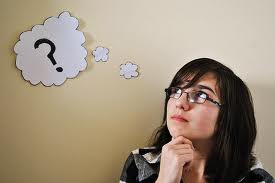 Medicine, psychotherapy, or both?

Too many times we view medication and psychological therapies as either/or treatments. Many times people will try to avoid any medication for even a severe mental health problem. Their reasons are always worth noting: perhaps there is a realistic fear of side effects, or a desire to work things out in a trusting relationship. Perhaps more scientific studies need to be done on the best combination of medication and therapy. Studies combining the administration of medication and the provision of psychotherapy are complex and require high levels of funding and large numbers of people with the condition being studies. There are problems with people dropping out along the way, and ethical problems to consider, such as how to provide everyone with the most effective intervention. Perhaps some of the subjects will have to wait until the end, because the only way to compare approaches is to have experimental and control groups. CNN Health reports on recent findings from Harvard Medical School, studying how medication and psychotherapy combined can help those diagnosed with depression.

“At the 36-week mark, the numbers were more similar, but combination therapy still edged out the other treatments. Combination therapy helped about 86% of the individuals using this treatment, while the response rate for Prozac alone and cognitive behavioral therapy alone was 81% each.

“Combination therapy may also help ward off recurrences. A three-year study reported in The Journal of the American Medical Association tracked recurrences of major depression in about 200 people ages 60 or older. Of those who received monthly interpersonal therapy and the medication nortriptyline, 80% avoided a recurrence. In contrast, only 57% of those who received the drug alone, 36% of those given just therapy, and a mere 10% in the placebo group did as well.

“A 2004 study found that one reason therapy and medication may complement each other is that they have effects on different parts of the brain. However, if your depression is mild, research suggests that combination therapy is no better than cognitive behavioral therapy or interpersonal therapy alone. Of course, it always makes sense to mull over all of your options. If one type of treatment alone isn’t helping you, consider trying combination treatment.”

Other disorders which might benefit from this approach include schizophrenia, bipolar disorder, OCD, PTSD, and ADHD–and many others besides.
Scientifically, it is probably easier to study the higher incidence disorders; one reason being it is easier to recruit a sufficient number of subjects for a study.