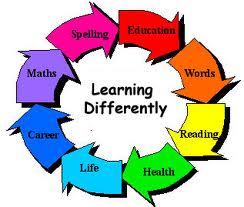 Public Law 94-142, passed by the Congress in 1976, and following legislation including Individual Education Disabilities Act (IDEA), defined different handicapping conditions for which a child could receive additional support (and therefore additional funding) in the public school system.

A continuum of extra supports was initiated. This could range from being in a smaller class with additional teaching help to a small self-contained class to a Board of Education Cooperative Educational Services Class and even to residential treatment. In current dollars I suspect the range of funding goes somewhere from a few hundred dollars per child to over two hundred thousand dollars per child for specialized residential treatment.

PL 94-142 defined a specific category for children who displayed a mental-health problem that interfered with learning in the classroom. Note that emotional problems or conditions that were present but did not affect classroom behaviors or performance were not eligible for classification or funding. The initial classification was Emotionally Disturbed but this has been updated and is now called Emotional Impairment.

The definition for Emotional Impairment is: “One or more of the following characteristics exhibited over a period of time and to such a marked degree that it adversely affects educational performance: an inability to learn that cannot be explained by intellectual, sensory, or health factors; an inability to build or maintain satisfactory interpersonal relationships with peers and teachers; inappropriate types of behaviors or feelings under normal circumstances; a general pervasive mood of unhappiness or depression; or a tendency to develop physical symptoms or fears associated with personal or school problems.” There are a number of DSM IV psychiatric terms that may, depending on how they affect performance in school, lead to an Emotional Impairment classification.

With regards to learning disabilities, PL 94-142 offered a numeric formula defining which children had a learning disability and which did not. The formula was “a 50 percent discrepancy between expected and actual achievement in an area of learning in a student with at least average intelligence.”

There were many problems with this definition. Children of lower learning skills might not be eligible even if they were struggling with a specific area of learning because they were not of “at least average ability.” In many other cases, the classification of Learning Disabilities became a catch-all term which was defined differently by each school district.

The new definition of Specific Learning Disability takes out the discrepancy formula and is: “A disorder in one or more of the basic psychological processes involved in or understanding or in using language, spoken or written, that may manifest itself in an imperfect ability to listen, think, write, spell, or do mathematical calculations, including conditions such as perceptual disabilities, brain injury, minimal brain dysfunction, dyslexia, and developmental aphasia.”

Disorders that are not considered Specific Learning Disabilities include “learning problems that are primarily the result of visual, hearing, or motor disabilities, of intellectual or developmental delay, of emotional disturbance, or of environmental, cultural, or economic disadvantage.”

For many years following PL 94-142, classifications involving learning disabilities or emotional problems often received psychological and educational testing within a certain time period after the referral. Then a classification was often made by the Committee on Special Education.

With learning disabilities, especially in the early grades, children who displayed often had to wait until there was a “50% discrepancy” to receive individual service. This meant that many of them grew even further behind.

A new model is now in use for emotional and learning disabilities. It is called the Response To Intervention (RTI) model. With this approach, children receive intensive instruction immediately upon being screened or when they start to lag behind their classmates. If they respond and make progress, they may then proceed to levels of enhanced instruction (less than intensive) or core instruction (general education.)

This will mean that some children will be able to catch up to their peers in earlier grades rather than waiting for the discrepancy formula to activate a classification. They may not need the classification of “learning disabilities” for the rest of their time in the school system.

Another result hypothesized is that less classifications of learning disabilities will be needed. Hence there is a combined benefit of helping children earlier, moving students who fall behind into the core curriculum earlier, and having less classifications of learning disabilities–and proponents of RTI believe that this will save school systems money in a time of increased attention to school budgets.