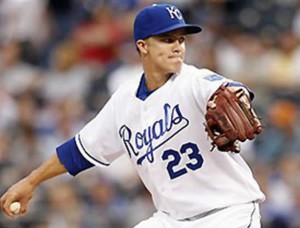 Although the therapeutic dimension of sports on the highest level, which is usually the professional, is well accepted, players are often assessed—or worse, judged—by club executives and fans alike based on issues or “characteristics” of mental health. This can be unfortunate.

As the Major League Baseball Cy Young (for pitchers) and Most Valuable Player Awards have been announced for 2012, it is interesting to consider, as this fascinating article does—which was brought to my attention by National Review Online “Right Field”—two recent award-winners and their mental-health travails. The players are pitcher Zack Greinke and outfielder Josh Hamilton. Greinke is diagnosed with SAD, or social anxiety disorder; Hamilton has had issues with substance abuse.

Ballplayers in American society are placed on a pedestal. However, once stigmatized by diagnoses the public, and even their peers and immediate superiors, are fed by print and electronic media, such players have even more to prove.

It is unfortunate players need “to prove” anything but their abilities.

Maybe it is all this simple: Society needs to lighten up and to cast a more compassionate eye on the frailties of its heroes.