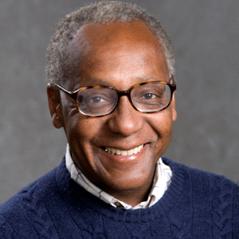 Since the Supplement to the U.S. Surgeon General’s Report Mental Health: Culture, Race, and Ethnicity—A Supplement to Mental Health: A Report of the Surgeon General, several events have occurred. These, say Lonnie R. Snowden, have established a national commitment to understanding African American-White American treatment disparities, their consequences, and opportunities for their reduction.

The Surgeon General has done a 10-year follow-up study to examine disparities in mental health care provided to African Americans, and this was an extension of an initial study dating back to 1985. Snowden documents key elements of the Surgeon General’s findings.

The U.S. Congress itself requested an assessment of treatment disparities beyond ability to pay and insurance coverage—factors including bias, discrimination, and stereotyping and ways to eliminate them. One area includes understanding why African Americans receive mental health services disproportionately in emergency rooms rather than clinics and offices.

The importance of co-morbidities is addressed. These include diabetes, heart disease, prostate and breast cancer, HIV/AIDS, and infant mortality. Since these problems may be priorities, affirming the need for treatment of mental health issues is suggested. Snowden notes:

Snowden believes that President Obama’s Patient Protection and Affordable Care Act will bring about a dramatic transformation of the American Health care system in the future. However, these changes might not be enough to eliminate access disparities because African Americans are disproportionately unlikely to comply with a mandate requiring them to purchase insurance coverage. Even with these difficulties in mind, the author concludes: