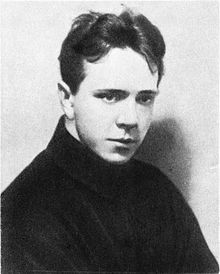 This is the seventh film under under close scrutiny in the AMHF series of films. (We “analyze” other movies in different blogs. But not all are come within this series of, eventually, twenty-one.)

Alfred Hitchcock had worked under David O. Selznick five years before, directing Rebecca. The association of two such egos was more a disassociation, as Selznick was a bottom-line meddler whereas Hitchcock was the ultimate Hollywood auteur. Add in Salvador Dali, the theremin-featured and overall memorable score (it earned an Oscar) of Miklos Rozsa, a young and statuesque Gregory Peck, an old-looking Michael Chekhov, and Ingrid Bergman, and the sparks must surely have flown.

Yet, Spellbound is one of the great explorations of the themes of memory recovery, the relations between analyst and analysand, and true love in Hollywood history.

I will not give away the ending. The story is adapted from a bizarre novel titled The House of Dr. Edwardes by one John Leslie Palmer and Hilary Aidan St. George. Selznick and screenwriter Ben Hecht were in therapy and fascinated by the idea of a mystery thriller built around the subject; around the mysterious introversion and interior mechanics of the mind.

The plot centers on the so-called guilt complex. Amnesiac Gregory Peck assumes a new position at an asylum called Green Manors. He instantly becomes romantically involved with another analyst, a vaguely repressed woman in what was a man’s world at the time: Ingrid Bergman. Thro a number of twists and turns, involving Bergman’s mentor (Chekhov: who, in a corny touch, even looks like Freud for the role) and a Surreal dream sequence designed by Dali, based on his work on Un chien Andalou, the reasons for Peck’s guilty conscience are uncovered. They have more to do with a childhood incident. The head of the asylum (Leo G. Carroll) also does an excellent turn in this film.

Tyro Peck is a somewhat cold figure: singular, a characteristic he conveys in many of his roles. The lack of frisson between Bergman and Peck is not simply a product of 1940s Hollywood Production Code behavior: No audience-splashing passion is to be found. Nonetheless, the film works on more of a cerebral level.

Many of Hitchcock’s personal fears, according to showbiz biographer Donald Spoto, are evident in the dream imagery. For example, one of the less-Surreal dream-sequences involves a series of doors; and locked and unlocked doors are an important theme. All of this had as much to do with the director’s memory of being locked as a child.

(The famous Hitchcock cameo occurs in the lobby of the Empire State Hotel, at an elevator door. Perhaps this references the unsteadiness, the psychological ups and downs, in every way, of the plot: including themes of confinement, as in an elevator.)

Needless to say, memory recovery, the key—speaking of doors and locks—to classic Freudian analysis, is always fraught with unimaginable difficulties.

Of most interest is the way all the analysts (Bergman, Peck, Chekhov) piece together Peck’s psyche. The brain works by a process of mysterious associations, really in metaphors, which combine lucubrations with random occurrences and seeming non sequitors. When Peck goes into a rage on seeing fork markings on a napkin, it is up to Bergman to understand why. Her detective work is brilliant.

Some key lines are delivered by the Chekhov character: “It is very sad to love and lose somebody. But in a while, you will forget. You will take up the threads of your life where you left off not so long ago, and you will work hard. There’s lots of happiness in the working hard. Maybe the most.”

The working with patients had been Bergman’s only refuge. Now, in love with Peck, she has higher motives to risk her entire career, even her life.

Guilt, love, psychoanalysis—all are intertwined, piercingly showcased. With the executives and many of the artists connected with the picture involved with the burgeoning field of psychoanalysis, it all takes on an urgency that keeps the viewer glued to the screen.