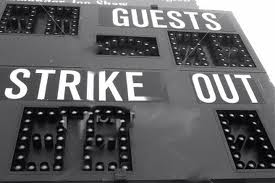 Paul Harvey might have said at this point, “and in a minute, we’ll tell you the rest of the story.”

Here is what happens later. In the film, Piersall’s relationship with his father is pointed to as a reason for “fears” and “nervous exhaustion.” When filmed in the mid-1950s, most therapies were psychoanalytic talk therapies, as practiced by Dr. Stefan de Schill, though in a group setting—medications had just started to be used several years earlier for illnesses such as depression, bipolar disorder, and schizophrenia. “Fear Strikes Out” is a good account of how this therapy was used in the 1950s, and later.

As Piersall himself came to realize later, there was a problem with the therapy he received as well as the nebulous term nervous exhaustion. After seeing the psychoanalyst, Piersall went to another doctor who made the diagnosis of manic-depression (now known as bipolar disorder). Lithium was prescribed, and showed itself to be effective in managing some of Piersall’s symptoms.(Today, other medications used for treating bipolar disorder include antipsychotics, anticonvulsants, and calcium channel blockers, according to Web MD.)

Diagnosis is important—nervous exhaustion can mean many things—and knowing what disorder is being dealt with helps the doctor know if medication is needed: and, if so, what the proper medication and dosage is for a particular patient. It is important to be specific.

Many people think that “talk therapy” has no side effects. But it can, and Piersall’s situation indicates that his father’s contribution to his emotional state and malaise was greatly exaggerated. Piersall had bipolar disorder—one with a strong genetic loading, one often requiring potent medication.

Piersall distanced himself from the film because of this. I wonder how much inappropriate blame has been shifted toward family members by therapists who view most emotional problems as stemming from one’s family. This is another time to remember the Hippocratic Oath: Do No Harm.