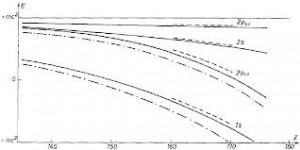 A continuum of side effects

Most of us, unless we have the personalities of saintliness, find ourselves in an irritable mood once in a while. Parents may be particularly prone to these episodes. One hopes that they pass without even a cranky word; although it’s difficult to stifle one’s facial expression.

Justin Meyer, writing in the Washington Post, brings refreshing honesty to this topic. He hangs up on customer representatives. He watches his children on the playground with the guardedness of a Papa Bear. When driving, he says, “I cut off other drivers in traffic, then flip them the bird.”

From whence come these episodes of crankiness? What makes this an especially difficult, and even intriguing question, for Meyer is that he was diagnosed with epilepsy in 2001, and medication was prescribed. At present his seizures are controlled by Keppra, also called by its genetic name, levetiracetam.

Like any medication Keppra can produce side effects, and these include: psychotic symptoms, suicidal ideation, aggressive behaviors, and irritability (a common symptom accompanying many disorders, frequently found in DSM-4 and possibly becoming even more prominent in the soon-to-be-published DSM-5).

“I could blame a pharmaceutical agent for my anger-management failures,” said
Meyer. “But before I took Keppra, I was an impatient child, a moody teenager, and a test adult. You could say I’ve been irritable since birth.”

David Spencer, professor of neurology at Oregon Health and Science University, says that it is difficult to separate the chemical versus the psychological components of irritability in a case like Meyer’s. Extreme cases, such as a person who started displaying psychotic behavior after beginning a drug and then immediately moved to Mexico, are simpler when try to identify causal factors.

The American Epilepsy Society (AES) is aware of side effects from drugs such as levitiracetam. A consensus statement from this professional group makes a special point of watching for symptoms of depression and suicidal behavior when taking anti-seizure drugs:

“The FDA issued an alert on January 31, 2008, to health-care providers regarding the risk of suicidal thoughts and behavior with antiepileptic drugs (AEDs). Following a preliminary analysis of data from several AEDs that suggested an increased risk of suicidality, in March 2005 the FDA requested this type of data from manufacturers of marketed AEDs for which there were adequately designed controlled clinical trials. The FDA received and reviewed data from 199 placebo-controlled studies of 11 drugs. The drugs included carbamazepine, felbamate, gabapentin, lamotrigine, levetiracetam, oxcarbazepine, pregabalin, tiagabine, topiramate, valproate, and zonisamide.

“The combined analysis of these clinical trials included 43,892 patients; 4 suicides and 105 reports of suicidal symptoms were found among the 27,863 patients who were given the AEDs, compared to 0 suicides and 35 reports of suicidal symptoms among the 16,029 patients treated with placebos. Taken together, the risk of suicidal thoughts and behavior was 0.43 percent for those on drug therapy and 0.22 percent for those given placebos. This risk corresponds to an estimated 2.1 per 1,000 more patients in the drug treatment groups who experienced suicidality than in the placebo groups.

“The increased risks began as early as the first week of therapy and did not decrease throughout the duration of the clinical trial. The results were generally consistent among all the different AEDs studied and were seen in all demographic subgroups with no clear pattern of risk across age groups. However, the relative risk for the AED-treated groups compared to placebo group was higher among patients with epilepsy than among those given the drugs for psychiatric or other problems.

“All AEDs were associated with a similar risk so it appears to not be specific to a single drug or class of AEDS. The report cautioned patients currently taking antiepileptic medications not to make any changes without first talking to their health care provider.”

Watching for side effects of anticonvulsants can be vexing. The continuum of severity, from irritability to even depression and suicide, makes working closely with one’s physician during the course of treatment crucial.