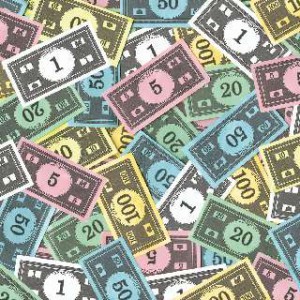 Federal funding for serious mental-heath problems has been proposed by psychologist-Congressman Tim Murphy.

As Edward R. Murrow said, there are two sides to every story. Our previous probing into an increase and acceleration in funding for research into the brain waxed positively. A different viewpoint—now taken by major pharmaceutical industries—suggests that their interest in brain research is waning. Reuters reports the following:

“Many pharmaceutical companies harbor deep doubts about whether neuroscience is worth their investment dollars as a boom period for once-highly profitable psychiatric medicines comes to an end and new drugs prove hard to find.”

Perhaps the major reason for this stance is that the trademark period for many “name drugs” is ending. This occurs after seventeen-to-twenty years for many medications. Once this occurs, any company can create the same drug-name and charge far less.

Much of the high cost of “name drugs” comes from the tens of millions (and even more) dollars and years of development (including clinical trials) that must occur before even one drug is sold to the public. Once other manufacturers start making name drugs, it is doubtful that many persons will want to pay a higher price for these drugs produced by the company that invented them.

The trademark process for drugs is a long one.

Another reason for this lies in the success of the psychiatric drugs themselves. Although certainly not perfect—they don’t work for many people, and even for those who report a successful outlook this might not be 100 percent, or may include serious side-effects—they have helped millions of people across the globe manage severe psychiatric symptoms.

For many persons with schizophrenia, bipolar disorder, and depression, the drugs have given new life. (However, for millions of others, the drugs have not been effective or have included extremely serious and sometimes fatal side effects.) Similarly, medications for anxiety disorders may help up to 60 to 70 percent of persons manage their disorder, leaving at least 30 percent who continue to suffer from serious symptoms. The discussion on stimulants and ADHD would require many books. Said Reuters:

“Some were buoyed by the news that world leaders have finally begun to notice their field, and are stumping up serious cash, but there is also a fear the big-brain projects may generate more hype than help.”

“‘There’s going to be a lot of hype about this, just as there was at the beginning of the Human Genome Project,’ said Stephen Rose, a professor of biology and neurobiology at the Open University and the University of London.

“‘(Obama’s BRAIN plan) will no doubt advance neuroscience, but whether it will advance patient care is a different question,’ he said, confessing also to ‘considerable skepticism’ about the European brain project. That, he said, would probably do more for computing than it would for brain science.”

Is the pullback of drug companies from research into new psychiatric medications “sour grapes” that profits from their name drugs must now be shared with others?

AMHF still believes that basic discovery research into psychopharmacology will pave the way, not only for understanding how the brain works, but in useful (and even life-saving) treatments in the future.