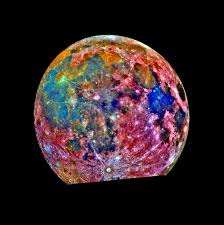 First, the moon; now, the brain (photo by NASA)

President Barack Obama made headlines with his proposal to encourage American scientists to work toward understanding the great mysteries of the brain. Done as a massive project, this could rival past collective enterprises such as Getting a Man to the Moon; when President Kennedy suggested this, it took everyone’s breath away. It looked unattainable in the early 1960s. But the country did it.

Since the Greek philosophers there has always been great interest in the brain. St. Thomas Aquinas believed it was necessary but not sufficient for human consciousness. Descartes believed there was an interaction between the brain and the soul: melding somewhere in the pineal gland.

Many other philosophers have speculated that consciousness is a byproduct of the brain itself and concluded that we are the products of the natural forces we are comprised of. As such, our lives our determined by the forces of chemistry, biology, genetics, and past experience.

Until the 20th century scientists could not study the living brain, with a few exceptions. There was no way to see through the bony skull and observe or measure brain processes. Autopsy studies—dissecting brains after people died—was the major scientific approach. But a dead brain is, well, not a living brain.

Some knowledge could be obtained by probes during brain surgery, but this technique had many limitations.

The discovery of X rays in the 20th century gave a small window into brain functioning. The effects of brain damage on the structure of the brain could be correlated with changes in behavior.

In 1976 the development of the CT Scan (Computerized Axial Tomography) allowed researchers to “see” a three dimensional picture of the brain, via thousands of X rays taken from various angles; the computer then constructed what amounts to a three dimensional view of brain structure. (This is why there is such a high level of X rays in CT scans).

Shortly after the CT Scan was developed, Magnetic Resonance Imaging (MRI) was developed. This type of scan could “see” at a finer resolution than the CT scan, and used magnetic waves rather than X rays. This is said to be safer, but there are really no long-term studies.

There are limits to CT Scans and X rays. These measure structure, not function. By the end of the century powerful new scanning tools had been invented: Positive Emission Tomography (PET) and Functional MRIs (fMRIs). These tools can observe the actual neuro-chemical activity occurring, in real time.

All of these breakthrough tools provide powerful ways to see how the living brain is build and what is happening inside; this activity can be correlated with behaviors or illnesses. New knowledge occurs, and effective ways of treating neurological problems are discovered.

Scientists are becoming more and more aware of the brain-based correlates of diseases and conditions: Alzheimer’s disease, epilepsy, schizophrenia, bipolar disorder, PTSD, depression, and OCD. These are just a few areas of human suffering that will be better understood as brain science progresses.

Reuters suggests that, along with new funding, there is a need for a new wave of young professionals who will approach the brain with new energy and creativity. Perhaps future generations will judge Barack Obama’s presidency to be historic mostly for his challenge to American society regarding the biological mysteries of the brain.