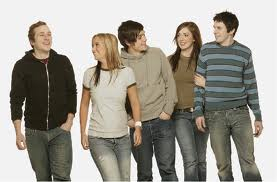 A feature story in today’s Washington Post, written by Stephanie McCrummen, offers an intensive look at the week of a 19-year-old man who, two years ago, was diagnosed with paranoid schizophrenia. It is the story of Spencer Haskell, and of his mom, Naomi, who has taken on the task of monitoring her son and making sure he gets to his many treatments each week.

Spencer says he is angry with his mother as well as his teachers for not figuring out much earlier that he had a problem. For ten years something bad was brewing, starting ten years ago when he suspected others were whispering about him, to four years ago when he became intensely angry, to twenty months ago when he was diagnosed with paranoid schizophrenia, to fifteen months ago, when he had a serious suicide attempt.

Spencer’s story might be similar to one of the participants in the AMHF-Astor Services research project into detection and possible prevention efforts into schizophrenia. Clinicians from Astor are screening hundreds of adolescents to look for premonitory cues and behaviors that might presage schizophrenia and are developing a palliative intervention.

Spencer’s mother must watch over him every hour of the week. She takes him to his medication monitoring appointments. She brings him to appoints for ECT, which addresses his deep level of depression. She brings him to the gym, library, and throughout everything watches for signs that he might be moving toward a psychotic episode.

These include include his description of an inner mental state he describes as “cloudy.” She checks his Facebook account for repetitive and obsessional postings. And the thought that he might become suicidal is never far from her mind.

The article doesn’t describe how his schizophrenia and all of the efforts of his mother to help him affects his younger father and his step-brother. One can only speculate, but it must be huge adjustments each of them has to make in life, and one wonders how each feels about Naomi having to do so much for Spencer.

With the passage of each week, Spencer’s life diverges further from the trajectory of his peers, who attend college or work full-time, travel around the world, and dream of or experience romance.