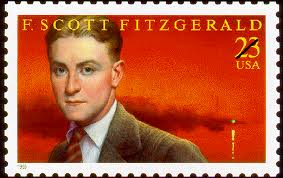 "You've been thro all of F. Scott Fizgerald's Books."...The troubled genius behind "Gatsby": Honored in death.

This is the first weekend showing of a movie that filmgoers and literary lions alike have been waiting for: The Great Gatsby. Everyone and everything is enmeshed. There are affairs. Grand parties throw people who would not normally meet each other together. The excesses of the Jazz Age coexist with the growing economic conditions that will lead to the Great Depression. Beauty and handsomeness present themselves on the outside; there is a Picture of Dorian Gray for everyone in the mansion turrets.

Peter Kramer, psychiatrist from Brown University and author of Listening to Prozac, reflects on the life and Zelda Fitzgerald. “How crazy was she?” Kramer asks.

Kramer had access to the letters from Princeton University. These are related to her psychiatric treatments at Craig House Hospital in Beacon, New York, during the mid-1930s. Dr. Jonathan Slocum founded Craig House in 1916. It as modeled after another place with this name in Britain. Slocum’s sanctuary addressed healing through intensive talk therapy with a psychiatrist, many occupational and recreational activities such as swimming, golf, cross-country skiing, music, ceramics, and exquisite dining.

Craig House was a beautiful place, and like the Great Gatsby society, now gone forever. I know because I worked there at the end of its glory age, and worked under Slocum’s son, also named Jonathan Slocum. Its lawns sloped toward the Hudson River. Patients lived and were treated either in individual cottages scattered across hundreds of acres or in Tioranda, a grand mansion of a Union General from Civil War days. Its turrets, like those in the Gatsby mansion, kept secrets still undisclosed.

Craig House reflected the excesses of the Grand Society populated by people such as the Fitzgeralds. This is where F. Scott Fitzgerald placed his wife in one of her psychiatric treatments. Kramer asks if she had schizophrenia or bipolar disorder, an affective disorder, or even an exuberant and wild personality. Here is what F. Scott Fitzgerald wrote to Dr. Slocum in early March 1934:

“Now about a financial element which I forgot to mention. Zelda has absolutely no sense about money, though she is not particularly self-indulgent. This is partly my fault as I gave word in Switzerland for her to have every luxury in the line of Paris clothes and so forth that she wanted, because I felt she needed cheering up after her long ascetic effort in the ballet. At that time I made a great deal of money (for me). Later at Hopkins, when my income had been curtailed, she went on another shopping spree, literally buying everything that caught her eye, so the doctors wrote me about it. Here she is liable to do the same thing and under present conditions it is no go any more. I want her to profit by all the facilities of the clinic but every extra must be curtailed as far as possible. What provoked this was a wire in which she seemed to want everything in the house except the kitchen utensils, sent to New York, a very expensive process added to all the cost of shipping the pictures for her exposition.”

Several weeks later the postman drove down Route 9D and delivered another letter from Fitzgerald to Slocum:

“A minor point: can a nurse bring Zelda to New York early on the 29th to hand her over to me to see her picture exhibit, and then escort her back to Craig House in the evening? It is, of course, a little out of key, but not seeing her pictures hung after all this effort would be a disappointment. I will be responsible for her during the day (or night also if you think it not incompatible with her cure for her to stay in New York that long. In my opinion it would do no harm as there would be simply no time to set up the old machinery of quarreling).

“Also, since the failure of her dancing she has a complex about writing. She has seen me do it as apparently some automatic function of the human machine, lying dormant in everyone; she shares in this way, the American vulgar opinion of the arts: that they are something that people do when they have nothing else to do. She takes heightened nervous sensitivity, the incorrigible instinct to make better and better as a matter of course in me, those being two, among many, of the things which she is incapable of ”taking” herself. When fronted with the fait accompli she is as impressed as any yokel, and as a yokel she clings to the idea that the thing has all been done with a beautiful intention rather than with a dirty, sweating, heart-breaking effort extending over a long period of time when enthusiasm and all the other flowers have wilted.”

Fitzgerald opined about how to describe his wife’s condition:

“As I said to you: the theory of dementia praecox widely held in these parts, and most popularly set down in Henderson and Gillepsie’s textbook, does not convince me. I would rather have Zelda a sane mystic than a mad realist, or as I expressed it in my book ‘better a sane crook than a mad Puritan.’ This seems to be going over into philosophy but my great worry is that time is slipping by, life is slipping by, and we have no life. If she were an antisocial person who did not want to face life and pull her own weight that would be one story, but her passionate love of life and her absolute inability to meet it, seems so tragic that sometimes it is scarcely to be endured.”

Zelda Fitzgerald died in 1948 during a fire in another psychiatric hospital. Craig House retained its glory through the 1980s. A movie now at theaters connects these.