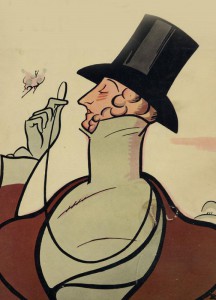 "The New Yorker" remains a source of great cartoons, even on group therapy

The May 27, 2013, issue of The New Yorker included a cartoon that we think former AMHF director Stefan de Schill especially would have appreciated. A female therapist sits on an easy chair to the left, several framed academic degrees above her shoulder. On a loveseat next to her, and in front of a large window, sit a man and woman. The woman’s arms are folded and she faces the man in silence. Several boxes of tissues are in view. The man says: I appreciate couples therapy, but I can’t stop fantasizing about group therapy. Here’s a link to the cartoon.