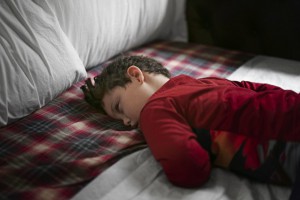 I do not typically “get personal” in posting News Items and Blogs on the AMHF Web site. This one is an exception.

I was inspired by a July 21, 2014, article in The New Yorker from reporter Seth Mnookin entitled “One of a Kind”. Several letters to the editor, appearing in the August 11 & 18, 2014, issue of the magazine, indicate a level of passion among parents and professionals that read this article, among them Peter L. Slatonstall, C.E.O. of the National Organization of Rare Disorders.

“In this day of social media, dedicated, educated, and well-informed families have the ability to make a huge impact.” So says a medical researcher quoted by Mnookin.

There is a general funding issue with respect to rare disorders, especially of the brain. My daughter, now almost twenty-eight, was diagnosed at the age of four with Lennox-Gastaut syndrome (LGS). Unless you are a neurologist specializing in seizure disorders, you have never heard of it, certainly never seen it. Yet, 50,000 individuals suffer. LGS manifests as a distinctive EEG pattern. There are many devastating and hideous aspects to such a condition, which leaves the individual in an epileptic state.

The 2012 research that helped identify the genetic mutation of the subject of the article, little Bertrand Might and his condition, largely came about thanks to the blogging of his father. Matt Might searched out others with a developmental condition that was otherwise labeled “one of a kind.” Parents, though few, found each other. Another New Yorker letter to the editor, from a parent, exclaims how deeply the story resonated.

What most affected me was the accompanying photograph. The body language is exactly that of my daughter. Yes, a picture is worth a thousand words.

I also came to wonder why I had not blogged on LGS as Matt had on an even more recondite condition.

Genetic testing has light years to go. When my wife and I were part of such a test, the first question we were asked was if we were brother and sister. (My wife, having grown up in Greece while I did in the Bronx, is in no way genetically related.) This genetic counseling was in 1990.

Though knowledge is quite above that level now, science remains at the earliest stages of understanding de-novo gene mutations, especially with respect to malfunctions of the brain, neurotransmission, development, and behavior.

Perhaps the right someone will search out this posting.