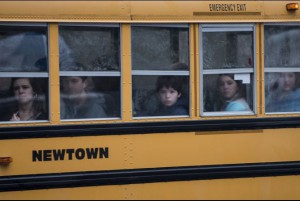 A chilling interview mixes social concerns with the psychological.

A year-and-a-half following the horrible killings at the Sandy Hook, Connecticut, elementary school, we Americans are still searching our souls, trying to understand how this tragedy could happen, why it did, what might have been the warning signs before young Adam Lanza snapped.

Journalist Andrew Solomon met with Adam’s father, Peter Lanza, over six gut-wrenching sessions to write the story “Annals of Psychology: The Reckoning,” which was published in The New Yorker on March 17, 2014.

It is a chilling tale of parental denial (indulging a child and young man), mishandling and under-treatment (home-schooling an antisocial teenager), perhaps misdiagnosis (Asperger syndrome).

I refer readers to the entire chilling story, quoting only several paragraphs near the close of the article on the larger, social implications of mental health.

“Scientists are sequencing Adam’s DNA to see if they can find anomalies that might explain what was broken in him. And yet, if someone has committed heinous crimes and is then found to have bad genes or a neurological abnormality, should we presume that biology compelled him? It’s a circular argument that conflates what describes a phenomenon and what causes it. Everything in our minds is encoded in neural architecture, and if scanning technologies advance far enough we’ll see physiological evidence of a college education, a failed love affair, religious faith. Will such knowledge also bring deeper understanding?

“Legal definitions of insanity still focus on psychosis, the delusions of which are held to diminish responsibility. Medical conceptions include many additional bizarre behaviors, thoughts, and feelings. The legal definition has historically encompassed both questions of agency (he didn’t know what he was doing) and morality (he didn’t know that what he was doing was wrong). The psychiatric community doesn’t consider mass killings to be necessarily insane, which distresses Peter. For him, the crime defines the illness….He found the idea of Adam’s not being insane much more devastating than the thought of his being insane….He came across the work of Peter Dietz, a psychiatrist who, in 1986, coined the term ‘pseudocommando.’ Dietz says that for pseudocommandos a preoccupation with weapons and war regalia makes up for a sense of impotence and failure. He wrote that we insist that mass killers are insane only to reassure ourselves that normal people are incapable of such evil.”

Mental-health problems, even serious ones, do not automatically lead to violence: This is part of the stigma attached to the words “mental health.” Salon published this incisive interview with Liza Long, the parent of a troubled child, knowingly titling it “I Am Adam Lanza’s Mother.”

Dr. Raymond B. Flannery Jr., of Harvard University, has been on the cutting edge for more than twenty years, and is published by American Mental Health Foundation Books. Dr. Flannery has written extensively on the subjects of warning signs, Violence in America, and Preventing Youth Violence.