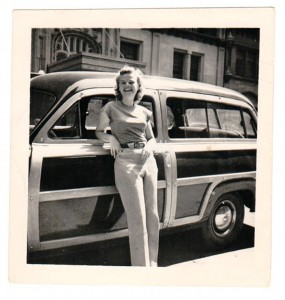 Snapshot of the late Madeleine Sherwood

This is one of the snapshots of the late Madeleine Sherwood (d. either April 22, 2016, or April 23, 2016), a talented actress who starred in the original productions of Horton Foote’s The Chase and Arthur Miller’s The Crucible (as Abigail Williams; AMHF has the original-cast notice from a newspaper, including her picture, temporarily misplaced), along with the film version of Cat on a Hot Tin Roof, Sweet Bird of Youth, and on TV The Flying Nun.

The photograph here along with the notice of The Crucible and other snapshots and publicity stills were in possession of former Director of Research Dr. Stefan de Schill and his long-time associate, Ms. Denise LaHullier. Their deaths were on February 9, 2005 (Ash Wednesday—the earliest calendar-day this holiday could fall), and February 2006, respectively.