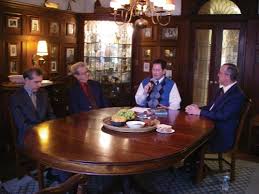 The freewheeling conversation, centering on the state of psychotherapy and psychoanalysis today, also included Mr. Evander Lomke, executive director, discussing the history of AMHF, its former chairman, noted Austrian writer Hermann Broch, and its long-time director of research, Stefan de Schill in his pioneering work in group psychotherapy; publishing by AMHF 4 titles by Erich Fromm, his humanist worldview, and relevance; and a bit on the political climate as well as psychiatry in Hollywood films.

The broadcast was viewed on cable TV, during February 2017, in Manhattan and the Hudson Valley. Included below, the one-hour show also appears on the AMHF Web site under the homepage drop-down Videos (which showcases others worth a look or listen in the case of a radio interview with Kelly Ford on NASH FM 94.7) and is most relevant in May, which is Mental Health Month.