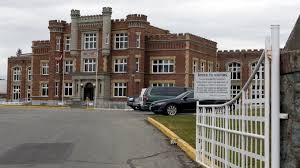 Progress is being made in the understanding of patient violence.

There are many types of human-perpetrated violence. However, there is one form of this violence that occurs on a daily basis worldwide and that receives limited media attention. That act of violence is an assault on a healthcare provider in a healthcare setting.

Not all psychiatric patients are assaultive but some are, and these assaults on staff victims result in human suffering, psychological distress, lost productivity, and various dollar costs expenses.

In a previous blog (January 16, 2015), I reviewed the international literature on patient assaults for the years 2000-2012. The blog included the specific findings and a methodological review. The present blog examines the characteristics of assaultive patients for the next five-year period, 2013-17, and includes a methodological update.

In the years 1960-2020, two international reviews of assaultive patients [1] reported that younger, male patients with schizophrenia who had past histories of violence and substance abuse and who were involuntarily committed presented the greatest risk for assault. The international review for the years, 2000-2012 [1], found that both male and female patients with diagnoses of schizophrenia, affective disorders, and personality disorders presented the greater risk. An additional international study in 2015 [2] found involuntary male patients with schizophrenia and substance abuse were most likely to assault. During these years, there were also several new initiatives in medications, psychosocial rehabilitation approaches, and restraint reduction fielded to reduce this patient violence.

The present review includes studies for the next five-year period. Each had to be from a general psychiatric population, present its raw assault data, be in English, and be peer-reviewed. Child and adolescent studies and special-population studies (e.g., autism, dementia, substance abuse only) were excluded.

The literature search yielded 14 studies that met the inclusion (see [3] for a listing of the specific studies). During this time period, there were 52,378 assaults worldwide by 25,149 patients during the years 2013-17. There were 47,723 physical assaults and 4,655 other types of assaults (e.g., nonverbal intimidation, racial and verbal derogatory comments, property damage). There were 19,105 male and 6,044 female assailants whose primary diagnoses included schizophrenia, affective disorders, and personality disorders. Two-thirds of the assailants were diagnosed with schizophrenia. Some patients had past histories of violence and substance abuse, but most studies did not report this data. There were statistically significant correlations between both male and female patients and physical assaults, and between males and schizophrenia.

The implications from this review are many and varied. First, the data in the review indicate that patient assaults on staff continue to be a worldwide problem. This finding was true in every study conducted in every country. Although many institutions have fielded the new policy initiatives to reduce patient assaults, no study reported the presence of these initiatives in the institutions in which the various studies were conducted. These initiatives may have been present and had no or minimal effect or were not present and being utilized in the institutions reporting patient assaults. There has also been a sharp increase in the total number of assaults over the previous decade. This is in part due to research advances that permit the assessment of multi-site settings in the same data base but it may also reflect a true increase in incidence and this outcome will need to be followed closely in research going forward.

A third important finding is the assault characteristic difference by continents. In this review, the total number of assaults was ten times greater in the North American studies than in the European papers. In addition, the North American studies found both male and female patients to be assaultive, whereas the European studies found no gender differences. Patients with schizophrenia were the more likely assailants on both continents. These continental differences are similar to the findings of the previous decade [1] and may reflect cultural differences that could enhance understanding of the nature of patient violence. Future research from differing continents may expand our understanding of patient violence.

Methodological Update: The previous decade methodological review [1] noted the need for clear operational definitions, the need for agreement on common basic demographic variables to be assessed, the inclusion of clinically relevant variables, and some type of common assault form. In the past five years, there has been significant progress in developing a common operational definition of physical assaults and agreement of the basic demographic variable to be assessed. Further, more studies are now utilizing a basic incident report form. However, with regard to the inclusion of clinical variables, there has been limited progress. Previous research [4] has indicated that past histories of violence, past personal victimization, and substance abuse sharply increase the risk of subsequent assault but all three of these variables are not usually included. In this review, only one study reported this data.

Overall, progress is being made in our understanding of patient violence, which in time should lead to enhanced safety and clinically efficacious/ cost effective approaches in reducing violence and providing good care.

Raymond B. Flannery Jr., Ph.D., FACLP, is formerly Associate Professor of Psychology (Part Time), Harvard Medical School, as well as Adjunct Assistant Professor of Psychiatry, University of Massachusetts, and an internationally recognized scholar and lecturer on the topics of violence, victimization, and stress management. Dr. Flannery is available for lectures and workshops, for all types and sizes of groups, and may be reached at the American Mental Health Foundation: elomke[at]americanmentalhealthfoundation.