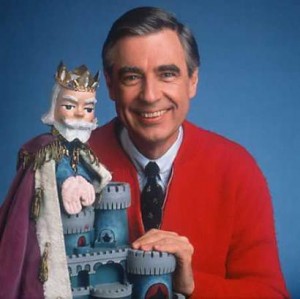 Thanks to the research of television critic David Bianculli and his TV Worth Watching site, do “tune in” below (7 minutes) as tough-as-nails Rhode Island Senator John O. Pastore is won over by the compelling words of Fred Rogers (just days ago at this writing, the 50th anniversary of Mister Rogers’ Neighborhood, on what was then simply known as “public television,” was widely celebrated) at a 1969 Congressional hearing.

See the earlier blog, from The American Mental Health Foundation, on the scourge of violence to the young people of the U.S.: the enormous psychological damage done and coping in our Age of Terror.