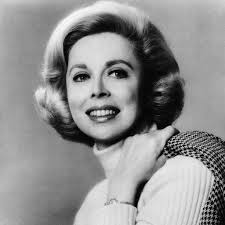 Dr. Joyce Brothers, who paved the way for television figures as diverse as Dr. Ruth K. Westheimer and Dr. Drew Pinsky, and was essential in making the mass-cultural discussion of deep-seated and uncomfortable emotions in the U.S. a more open forum, died yesterday.

As my friend notes in the Los Angeles Times obituary—which quotes him from the Bergen Record (several years before):

“‘She was the first to open up the public airwaves to private feelings. There was no one like that,’ Ron Simon, curator of the Paley Center for Media in New York, said in 2006 in the Bergen County, N.J, Record. ‘Now, so many programs deal with these intimate matters.'”

Dr. Brothers was so much more than a fifteen-minutes-of-fame popularizer. She came with advice—backed by plenty of book learning (Columbia University for example)—into millions of living rooms (and even bedrooms) for decades. Her warm and forthright personality, yes even her non-threatening sex appeal, opened doors that needed to be opened: igniting dialog that was essential to the emotional well-being of a whole society, from the more conformist and repressed Eisenhower era, thro the turbulent 1960s and 1970s, and into our own century.

In her way, Joyce Brothers was as influential to the collective psyche of North American culture as was Dr. Benjamin Spock.