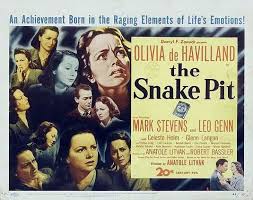 Does psychology undermine morality? The question is broad. The book on the subject is short.

As a reflection of the research and outreach conducted by this foundation, since 1924, my different view follows….

Regarding Mona Charen’s review of Admirable Evasions: How Psychology Undermines Morality, by Theodore Dalrymple, it ought to be noted that the aim of analysis and the study of individuals’ interior lives—widely speaking the endeavor of psychology and psychoanalysis—is not to remake the world, to pardon bad behavior, or to foster irresponsibility. As with any profession—cooks, theologians, orthopedic surgeons—some practitioners are inherently better at what they do or more thoroughly trained than others. Generalizations around ethics and public policy that equate the field with the culture war do not get to the alpha and omega of psychological research: a more compassionate society.

Most everyone knows that the word psychology derives from the ancient Greek meaning breath and soul. I fail to see how any endeavor could be reduced to a pseudo-science, as Charen does, when its aim is to uncover the biochemical perplexities of the brain as it relates to the human condition. To take PTSD, a term not part of the discourse just 20 years ago, the phenomenon is now understood via the modalities of neurotransmission, which bring about kindling and flashbacks. Understanding what drives the tormented soul to suicide or other acts of violence, seizure disorders that provoke bizarre or harmful behavior, what brings about dementia in younger people (AMHF is at the forefront of such a study, as it relates to Down syndrome in particular), neuroplasticity, and all the gradations of such realities, is far more the good thing, a stepping away from denial, than an excuse-producing machine.

When Hollywood once produced films called The Snake Pit and Bedlam (the word itself is from the hellish asylum where “crazies,” including the developmentally delayed and mentally incompetent, found themselves imprisoned), it was exploiting fear of mental conditions that are better, though still imperfectly, understood today.

If literature is a benchmark that “undermines Freud’s pretensions,” it is worth noting that Freud himself turned to it to create a vocabulary for understanding the psyche. Polemics do not replace a seeking after the truth.