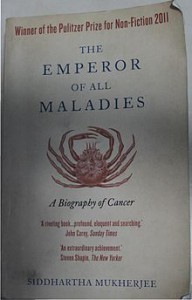 Shakespeare writes, “There is no art to find the mind’s construction in the face.” It has become an adage of the acting profession. But what about the eye? Is it the window to the soul in more ways than metaphoric?

A recent article in the New Yorker (March 28, 2016) by Pulitzer Prize–winning Siddhartha Mukherjee connects epigenesis—particularly the development of the sense of sight—the immune system, genetics, and schizophrenia.

This exciting article is particularly timely as AMHF is shortly (at this writing) to publish (April 7, 2016) its two-year study on the subject of early identification with Astor Services for Children & Families.

It was in 1911 that Eugen Bleuler identified schizophrenia. In untangling (literally) the cluster of symptoms in his patients, there was only one true commonality: the afflicted tended to have first-degree relatives who displayed the same abnormal behavior. Heredity seemed to be a key, but the how and the why would not be discovered till 2006, when an international consortium of psychiatric geneticists launched a genomic survey: a study of well more than 3,000 patients and 3,500 controls. Seven-thousand genomes were examined till a certain gene segment on chromosome 6 manifested a region typically associated with the immune system.

This research dovetails with the work of a postdoctoral fellow at Stanford University who, ca. 2004, had a keen interest in “the pinpricks of light in the eyes.” In utero development of sight involves the wiring of the brain. Synapses between nerve cells are generated in great excess, to be pruned (a word with its variant that recurs in the article, with good reason) back in normal development. By 2007, an article would be published in the journal Cell. A protein associated with the tagging and removal of dead cells was likewise being tagged to remove or prune synapses. Specialized cells (microglia) were established as so-called scavengers of the nervous system.

By happenstance, nearby physically but light-years away in terms of specialities, another study was being conducted on schizophrenia and the immune system. One gene was being observed, which encodes a protein used by the immune system to recognize, tag, and eliminate “cellular debris.” It all related to that 2007 study regarding synaptic tagging and pruning. Synapse editing appeared linked to schizophrenia, a disease described in the article as maybe “a disease of overpruning”: synapses cut too aggressively as one might in a winter garden.

This “gene variant [the C4-gene] that contributes to schizophrenia is the same gene that, in all likelihood, is used by the brain to prune synapses and thus enable cognition, the tethering of thoughts to realities, and adaptive learning.”

But a bigger question arises: If medicines are advanced “to prune” at will, where would the line of treatment be drawn? “What if a little psychosis is good for you?” is another question posed by this fascinating article.